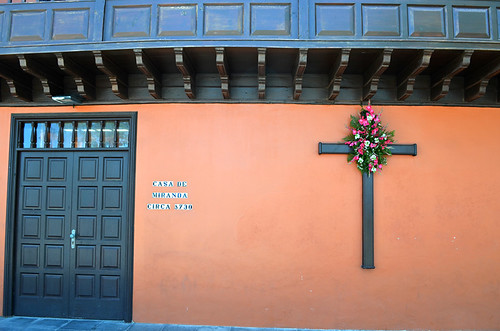 Weather Forecast for Tenerife from Weather Forecast for Tenerife from 5th to 11th May 2014
Generally it will be another warm and sunny week everywhere on Tenerife with the north and east seeing some cloud in the afternoons if it’s like last week. There is the possibility of light showers in places. Temperatures start the week in the low to mid 20s before rising to close to the 30C mark for the weekend.

Weather Forecast for Tenerife 28th April to 4th May 2014
More or less a rerun of the previous week with it being mainly a sunny week with some cloud. For the first half of the week the north clouded over during the afternoon but by the holiday weekend it was hot and sunny everywhere.

Weather in South Tenerife –  Again a warm and sunny week with temperatures staying around 24/26C.

Weather in North Tenerife – Same as last week, a mainly sunny week with a bit more cloud than the south and temperatures of 21/24C. There is a slight chance of showers from Tuesday onwards (5-40%).

Weather in East Tenerife –  Very similar to the north with the possibility of a bit more cloud and a 5-40% chance of showers from Tuesday. Temperatures are the same as the north, 21/24C.

Weather in the Mount Teide Crater – Cloudless skies all week in Teide National Park with  Temperatures in the crater ranging from 12 to 20C and 0 to 7C on the summit. There are strong winds forecast for Wednesday night and all day Thursday so check if the cable car is running if planning to visit on those days.

Pic: Fiesta of the Cross in Tenerife at the weekend.