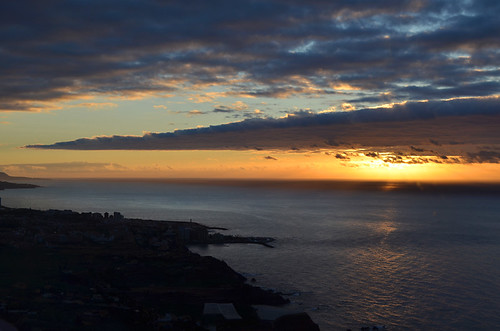 Weather Forecast for Tenerife 28 July to 3 August
The start of August saw a more typical week for this time of year with high temperatures and plenty of sunshine everywhere. There were still some cloudy spells but nothing to write home about, or in the modern take on that – to write on Tripadvisor about.

Weather Forecast for Tenerife from 4 to 10 August
The south and south west should be hot and sunny with the north being slightly less ‘hot and sunny’ and with some cloudy spells. The only place that could see any serious cloud is the east, but we just don’t believe that. Showers are predicted, but like recent weeks, if there are any most people won’t even be aware of them.

Weather in South Tenerife –  It should simply be a hot and sunny week with temperatures staying at 27/28C throughout.

Weather in North Tenerife – after a bit of a cloudy Monday morning it should be mainly a sunny week with a mix of sun and cloud from Thursday onwards when there will also be a 20 to 60% chance of light showers. Temperatures will start the week around 23C rising to 25/26C for the second half of the week.

Weather in East Tenerife –  Monday afternoon and Tuesday will be sunny but apart from that it will be more cloud than sun in Tenerife’s capital, Santa Cruz (the one place where forecasters nearly always get it wrong). There’s a 5 to 65% chance of showers most days and temperatures will mirror those in the north.

Weather in South West Tenerife – Hot and sunny all week with temperatures not moving much between 27/29C.

Weather in the Mount Teide Crater – As usual it’s mainly sunshine in Teide National Park, apart from Wednesday when there will be some cloud.  Temperatures in the crater will range from 15 to 22C and 6 to 10C on the summit.

Pic: Golden views from the north coast of Tenerife.