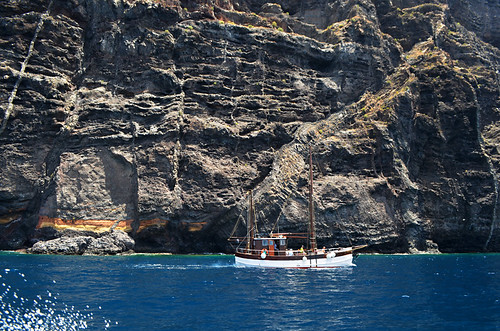 Weather Forecast for Tenerife 26th May to 1st June 2014
There was more more cloud than sunshine in the north of Tenerife, although rainfall was brief and mainly at night. The south experienced more sunshine but maybe not quite as much as the weathermen predicted.

Weather Forecast for Tenerife from 2nd to 8th June 2014
It should be mostly sunshine everywhere on Tenerife, apart from a blip in some places on Wednesday morning when it could be cloudy with showers. There’s also a chance of rain over the weekend which even Mount Teide is unlikely to escape but it should only be brief showers as sunshine is predicted as well. A yellow alert for rough seas remains in place on Monday for the south, south west and east coasts.

Weather in South Tenerife –  Mainly sunshine all the way with some clouds over the weekend and a 10 to 25% chance of rain. Temperatures will stay around 22/23C except for a brief jump to 26C on Tuesday. A yellow alert for choppy seas remains in place for Monday.

Weather in North Tenerife – Mostly sunny but, like the south, with some cloud over the weekend and a 20/25% chance of rain. Wednesday morning could also be cloudy with a good chance of showers but it will be sunny in the afternoon again. Temperatures will begin the week at 23/54C before dropping slightly to around 20/21C.

Weather in East Tenerife –  The weather on the east coast around Santa Cruz mirrors that of the north except there is a yellow weather alert in place on Monday for wild seas.

Weather in South West Tenerife –The same as the south except maybe a degree warmer and with less possibility of showers over the weekend (10 to 15%).

Weather in the Mount Teide Crater – A typically sunny week until the weekend when, like everywhere else, it looks like there is going to be some rain from Saturday afternoon onwards.  Temperatures in the crater will range from 11 to 15C and 2 to 6C on the summit. There are no strong winds forecast so the cable car should be running normally.