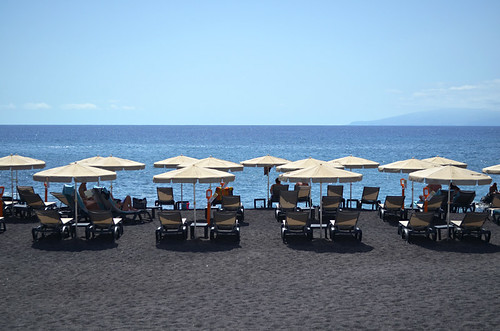 Weather Forecast for Tenerife 22 to 28 September
Mostly it was another typically hot and sunny September week on Tenerife. Cloud did cover the island on one day and rain fell most places, but it was more of an end of summer shower that didn’t last long anywhere. It the north it gave the place a wonderfully evocative damp dust smell that makes me think of the aroma you get in the Far East after rainfall. The week ended on a sweltering and sunny note.

Weather Forecast for Tenerife from 29 September to 5 October
If the forecast is correct, the end of September could see more cloudy spells, especially in the south of Tenerife. All other areas should have more sunshine with the north probably enjoying most. As with recent weeks, there’s a slight chance of showers during the week. Apart from a slight dip midweek, temps will remain stable most of the week – hot.

Weather in South Tenerife –  The week should start with a sunny Monday morning but it might cloud over this afternoon and that cloud could remain for most of the week with some sunny spells to break it up. The good news is that it will be mainly sunny again on Friday and over weekend will be mainly sunny with some light cloud. There is a 5 to 25% possibility of showers from Tuesday. Temperatures will start the week at 27C dropping to 22C midweek before rising back to 25/C for the weekend.

Weather in North Tenerife – It should be sunny every day in the north and after a sunny Monday it looks like mornings will be sunnier with light cloud forming in the afternoon most days. Thursday is the only day when most cloud is predicted. There’s a 15-75% chance of showers from Tuesday and temperatures will stay around 23/24C save for a slight dip on Wednesday.

Weather in East Tenerife –  Much the same as the north but with more cloud on Wednesday and Thursday, whilst Sunday could be cloudy all day.

Weather in South West Tenerife – Although more sunshine is predicted than in the south, Monday afternoon, Wednesday and Thursday could see a lot of cloud. Apart from that it shoujld be mainly sunshine and, like everywhere else, there’s a slight chance of rain from Tuesday (5-40%).

Weather in the Mount Teide Crater – Simply full on sunshine all week in Teide National Park. Temperatures in the crater will range from 12 to 18C and 3 to 7C on the summit.

Despite being one of the ‘greener’ islands, Tenerife is lacking in the surface water stakes. Living here we’re deprived of rivers and streams. Most of our water… […]