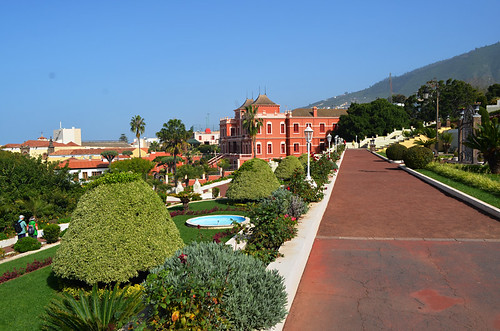 Weather Forecast for Tenerife 22 to 28 December
It was warm and it was sunny, but depending on where you live on Tenerife or whether you were visiting the island, people might have differing views about whether Christmas week was perfect or not. Calima brought a yellow level weather alert to southern parts of Tenerife where the dust filled skies and hot winds proved uncomfortable and even dangerous to those with respiratory problems. Calima never affects the north in quite the same way, the wind stays south as does most of the dust. So, if you were to ask us and those who headed to the beaches, Christmas week was just beautiful.

Weather Forecast for Tenerife 29 December to 4 January
Although it’s mainly looking like another lovely week (without calima) there will be a bit of a cloudy glitch for the New Year’s Eve celebrations before the sunshine returns for the weekend. Rain is most likely on Tuesday afternoon and whilst New Year’s Eve should hopefully be rain free on the coast (there’s a 15% chance across the island), cloud cover might make it feel a bit warmer for wearing that little black number. New Year’s Day is looking cloudy most places, ideal for staying inside recovering from the celebrations.

Weather in South Tenerife – With calima having moved on, the south is left with sunshine for today and tomorrow morning at least. Then there’s a bit of a glitch with quite a bit of cloud and the chance of rain (5 to 65%) from Tuesday afternoon until the end of New Year’s Day. After that it’s sunshine again throughout the weekend. Temperatures will start the week at around 20C in the shade, dropping to 18C midweek and rising back to 20C at the weekend.

Weather in North Tenerife –  The pattern is much the same as the south with Tuesday to  Thursday seeing quite a bit of cloud mixed in with the sunshine and the possibility of rain (5 to 70%) before things brighten up again for the weekend. Like the south, temperatures will be a tad on the cool side in the shade (ranging between 16 and 19C) but both sides of the island will feel much hotter in the sunshine.

Weather in East Tenerife –  Exact same story as the north of Tenerife.

Weather Forecast for Tenerife from 17th to 23rd June

In the week that welcomes Midsummer, the weather should be pretty typical for this time of year. It should be mostly sunny everywhere with the best… […]