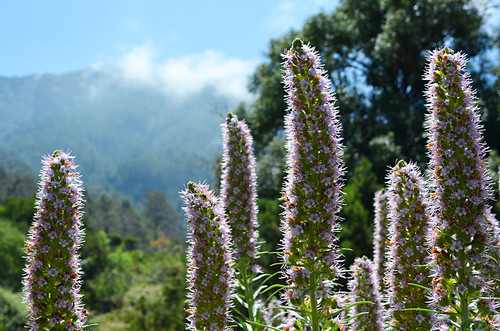 Weather Forecast for Tenerife from 28th April to 4th May 2014
Generally it will be a warm and sunny week everywhere on Tenerife with only the east seeing any substantial cloud. Even there the sun will shine every day. With shade temperatures in the low to mid 20s, it means that it will be hot in the sun, feeling more like upper 20s.

Weather Forecast for Tenerife 21st to 27th April 2014
As forecast, it was mainly a warm week with mainly sunshine after a bit of a cloudy start to the week in the south. The north also experienced plenty of sunshine but it was one of those weeks where on some days cloud rolled in during the afternoon.

Weather in South Tenerife –  Simply a warm and sunny week with temperatures staying around 23/25C.

Weather in North Tenerife – A mainly sunny week with a bit more cloud than the south and temperatures of 19/23C. There is a very slight chance of showers on some days (5-25%).

Weather in East Tenerife –  Although the sun will shine every day there will be more cloud about than in other places. Like the north, there’s a 5-25% chance of showers during the week. Temperatures reflect those of the north.

Weather in South West Tenerife – Sunshine all the way with temperatures a lovely 23/26C all week.

Weather in the Mount Teide Crater – Typical April/May weather in Teide National Park – intense blue skies all week. Temperatures in the crater will range from 12 to 15C in the crater and 1 to 4C on the summit.

Pic: Tajinaste in bloom in the Orotava Valley in April

Weather Forecast for Tenerife from to 11 to 17 April

The forecast is looking much the same as last week with a mix of sun, cloud and showers with not a great difference on any coast. The south west might be slightly brighter but there’s not a lot in it. […]