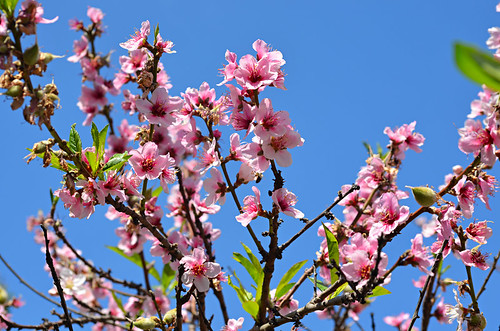 Tenerife Weather 21 to 27 March
The weather more or less panned out as expected with a mix of cloud, sun and the occasional shower across Tenerife and a cool breeze making anywhere not in sunshine feel on the chilly side. Thankfully Easter weekend turned out to be mostly warm and sunny after a Good Friday which was on the grey and gloomy side most places.

Weather Forecast for Tenerife 28 March to 3 April
It’s looking like it might be quite an unsettled week with a mix of sun, cloud and rain forecast for just about everywhere. There could be showers in all parts every day although the higher up the hillside you are the more likely they should be if patterns in previous years are anything to go by. But it does look like nobody will escape some rain and a lot of cloud. The second half of the week could be particularly grey but there should be some sunny spells by the weekend.

Weather in South Tenerife –  It should be a mix of sun, cloud and showers all week with  a possibility of rain everyday. Monday and Tuesday should be quite sunny but the cloud rolls in from Wednesday and dominates through to the weekend, although there should still be some sunny periods. Rain is most likely on Thursday and Sunday. Shade temperatures start the week at 22C dropping to 16C midweek before rising to 18C for the weekend.

Weather in North Tenerife –  It looks like it could be a week of cloud, sun and quite a bit of rain with a chance of showers forecast for every day. The second half of the week looks most likely for rain with things turning quite grey from Wednesday afternoon and rain almost certain every day from then through to Sunday. Temperatures start the week around 20/21C in the shade dropping to 16C midweek before rising back to 18C for the weekend.

Weather in East Tenerife –  Much the same as the outlook everywhere else except Tuesday could be sunnier and Thursday to Saturday could be completely sun free. Temperatures mirror those of the north.

Weather in South West Tenerife –The good news is the sun should shine at some point every day, the bad news is there will be lots of cloud and a possibility of rain (5-75%) every day as well. Wednesday afternoon and Sunday look most likely for any decent rainfall. Temperatures start the week around 20/21C in the shade dropping to 16/17C midweek before rising back to 18C for the weekend.

Weather in the Mount Teide Crater – It’s the same picture in Teide National Park  with sun, cloud and showers predicted for every day at crater level. Wednesday looks best for being cloud free although some rain is forecast for the evening. The only place on Tenerife which looks as though it will be basking in full sunshine all week could be the tip of Mount Teide. Temperatures should hover between 5 and 8C in the crater and -1 and 2C on the peak of Mount Teide.

The Tenerife Weather This Time in 2015
So what happened this time last year? ‘Easter week turned out to be a decent one as predicted with plenty of sunshine as well as some c cloudy spells. Generally, it was also pretty warm, with temperatures feeling close to summer hot at times.’

Pic: With each passing week more and more flowers are bursting into bloom across Tenerife. This is peach.