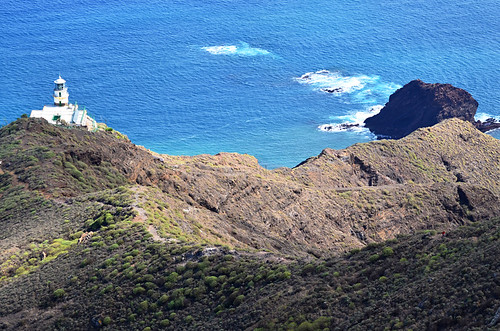 Weather Forecast for Tenerife 20 to 26 October
The weather on Tenerife more or less behaved as predicted last week. The changeable weather lingered for a couple of days. There was still plenty of sun in parts before things heated up to alert level hot midweek with some crazy October readings of over 40C. Mostly these were taken in sunshine so don’t actually mean anything, but even still real temperatures reached the mid 30s. These aren’t too much of a problem if you’re simply lazing around, but for anyone doing anything physical they can be dangerous. Walking in them is not a good idea. We waited until temperatures dropped by 7 degrees before heading into the Anaga Mountains on Saturday. Even then it was more like walking at the height of summer and not the end of October.

Weather Forecast for Tenerife from 27 October to 2 November
The last week in October can often be unsettled as summer definitely comes to an end. This year is no different with the elements battling each other all week. The bad news is that cloud and some rain might be unavoidable, the good news is that the sun will shine every day as well. The week starts and ends hot everywhere, but there will be midweek dip of a few degrees.

Weather in South Tenerife – After a sunny Monday, there will be cloud most days and a 15 to 70% chance of rain between Tuesday and Sunday. The good news is the sun should make an appearance every day with the weekend looking like good for a mix of sun and cloud. After a hot start to the week (28C), there will be a dip midweek to around 21/22C between Wednesday and Friday before they jump up again to 25/27C for the weekend.

Weather in North Tenerife – The outlook is much the same for the north of Tenerife except the cloud should roll in on Monday afternoon. There’s a 20-70% chance of rain throughout the week and, also like the south, Monday will be hot (28C) and there will be a drop midweek (21C) before things heat up again for the weekend (27C).

Weather in East Tenerife –  The east looks slightly brighter than both the south and north. There will still be cloud most days but also sunshine with afternoons looking best bet for decent sunny spells. The possibility of rain and temperatures matches the situation in the north.

Weather in South West Tenerife – It is the same pattern in the south west as everywhere else. It will become increasingly cloudy during Monday and the cloud will remain throughout the week, broken up by sunny spells. There’s less of a chance of rain than in other parts (15-55%) and the sun should be dominating again by the weekend, although the clouds will still be hanging about. Temperatures follow the same pattern as in other parts, with a midweek dip, and should be a bout a degree hotter than the south.

Weather in the Mount Teide Crater – Rain and even the chance of snow bookends the week in Teide National Park. Rain is forecast for Monday evening which could also see snow on the upper slopes. After that it will be clear skies as normal in the park until Saturday and it will also be very still after Wednesday with barely a breeze on the summit.  Temperatures in the crater will range from 10 to 15C and 1 to 5C on the summit.

Pic: Hot walking in the most easterly part of Tenerife in the Anaga Mountains.