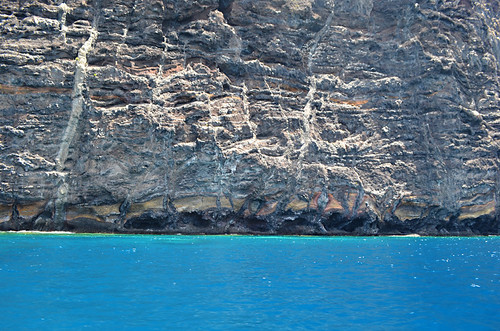 Weather Forecast for 18 to 24 May
It was a mainly warm and sunny week across Tenerife with only some cloud about and not much sign on the coast of the showers that had been predicted. Although still warm, as predicted there was a noticeable drop in temperatures during the second half of the week.

Weather Forecast for Tenerife 25 to 31 May
The north and east look like they’ll enjoy the lion’s share of the sunshine with only a few cloudy spells. The south and south west will have sunshine every day but with some cloudy spells as well; midweek could see some grey clouds about. There’s a slight chance of light showers in most parts of Tenerife with the south being most likely, although if it happens it will probably be higher up the slopes. Temperatures will follow a similar pattern to recent weeks with a hot start to the week followed by a dip and a rise for the weekend.

Weather in North Tenerife –  It should be a mainly sunny week with some cloudy spells on Monday and Tuesday morning. There’s a 5-20% chance of showers throughout the week. Temperatures start the week at 23C, drop to 18/20C midweek and climb back to 23C for the weekend.

Weather in East Tenerife –  The same pattern as the north of Tenerife.

Weather in South West Tenerife – Nearly the same as the forecast for the south, except Tuesday and Wednesday look like they could experience the most cloud, and there’s less of a chance of showers.

Weather in the Mount Teide Crater –  It looks like it could be an unusually rainy week in Teide National Park with light showers breaking up the sunshine at crater level at least until the weekend. On the summit it’s all sunshine. Temperatures should hover between 8 and 11C in the crater and 0 and 3C on the summit of Mount Teide.

The Tenerife Weather This Time in 2014
So what happened this time last year? Cloud and sun in the north and sun and cloud in the south. There were some showers but light and mainly at night.