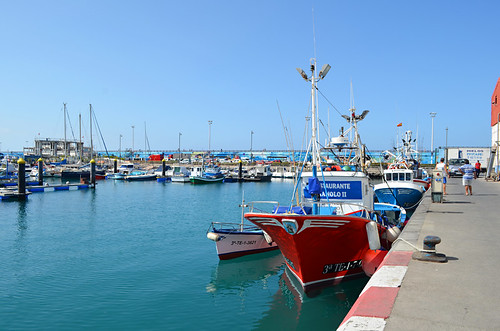 Weather Forecast for Tenerife 18 to 24 August
It was mostly very hot and sunny on Tenerife with hazy spells in parts. The hallmarks of a calima were there – very hazy and too hot in southern parts, less so in the north which never suffers from calima in the same way as the south and east. But if it was calima, it was a light one and there were some odd aspects to it. We spent the middle of the week walking on La Gomera and were lucky to get cloud cover on the two days (Tuesday and Wednesday) that we had to complete the two most challenging routes. However, the last time we experienced such humid conditions, our shirts were drenched in minutes whilst walking above Hermigua, was in the Far East. We left Tenerife on Monday under blues skies and we returned on Thursday under blue skies which stayed with us over the weekend. Good weather for doing nothing, not so great for walking.

Weather Forecast for Tenerife from  25 to 31 August
The last week of August should be hot and sunny with some light cloud providing a bit of relief toward the weekend. There is an outside chance of showers but they will probably go unnoticed on the coast. A yellow weather alert for wild seas affects the south, east and west coasts from Tuesday. These normally only last a two to three days at most.

Weather in South Tenerife –  Another hot and sunny week with temperatures starting the week at 26C then staying at 28/29C for the rest of the week. There will be some light cloud about on Wednesday and Thursday when there will also be a 5-25% chance of showers (probably only in the hills). There’s also a yellow level weather alert for rough seas from Tuesday.

Weather in North Tenerife – It will be sunny every day but there also will be some cloud from Wednesday onwards and over the weekend. There’s also a slight chance of showers (5/25%) between Tuesday and Sunday. Temperatures will stay between 25/28C. There is no weather alert in the north.

Weather in East Tenerife –  Exactly the same as the north except the east will experience the same choppy seas as the south and west.

Weather in South West Tenerife – A very hot and sunny all week with temperatures starting the week around 28C, before rising to 30/31C for the rest of the week. Like other places there is the chance of some light cloud and showers between Wednesday and Friday.

Weather in the Mount Teide Crater – Simply hot and sunny all week in Teide National Park.  Temperatures in the crater will range from 19 to 23C and 8 to 11C on the summit.

The Problem With Cyclists and Cairns on Tenerife

Walking Guanche and goat trails is something that dates back centuries on Tenerife, journeying along them on foot is a tradition. […]