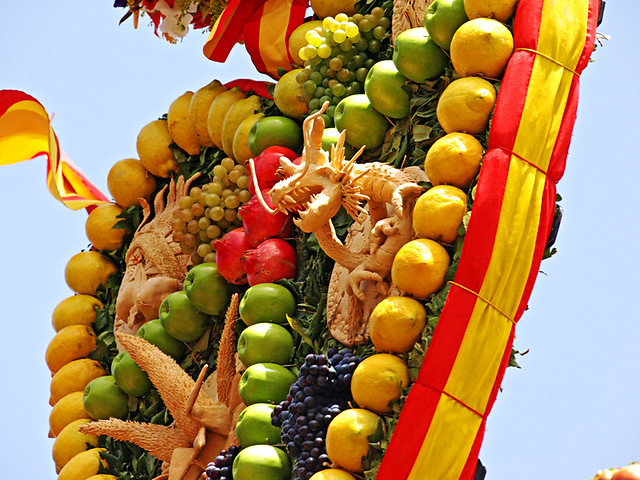 Weather Forecast for 17 to 23 August
The weather panned out more or less as predicted with plenty of sunshine but also quite a few cloudy spells. If it did rain, it wasn’t worth mentioning. A decent week, but maybe not exactly what people expect in Tenerife in August.

Weather Forecast for Tenerife 24 to 30 August
It looks like more of a typically August week with mostly sunshine predicted, although temperatures look as though they might be a bit lower than is usual for the hottest month of the year. That’s no bad thing, 25C in the shade is an almost perfect temperature.

Weather in South Tenerife –  The week will start hot and settle to just being very warm from Wednesday. It should be a sunny week with cloud only making an occasional appearance. There will be a 5-15% chance of showers all week, but it’s unlikely anything will be noticed on the coast. Temperatures will start the week at 27/28C before sticking at 24C from Wednesday through to the weekend.

Weather in North Tenerife –  Much the same as the south except temperatures will be a couple of degrees less. There’s a 5 to 10% chance of light showers but, like the south, it’s unlikely anyone on the coast will feel anything… other than sea spray. Temperatures will start the week at 25C and finish around 23C.

Weather in East Tenerife – Exactly the same as the north except there might be substantial cloudy spells on Friday.

Weather in South West Tenerife –  Like everywhere else it should be a sunny week, except there should be less cloud in the south west and only a slight chance (5%) of showers in the hills between Wednesday and Sunday. Temperatures start the week at around 28C, but should settle at 25C for the bulk of the week.

Weather in the Mount Teide Crater –  It should be back to being a sunny week in Teide National Park. The summit will be clear all week whilst there might be some cloud with the sun at crater level in the afternoons from Thursday through to the weekend. Temperatures should hover between 14 and 15C in the crater and 7 and 9C on the summit of Mount Teide.

The Tenerife Weather This Time in 2014
So what happened this time last year? It was a sunny and very hot week. There was also a weather alert for rough seas in the south.

Pic: This is the week when locals parade their hearts in the northern town of Tejina.