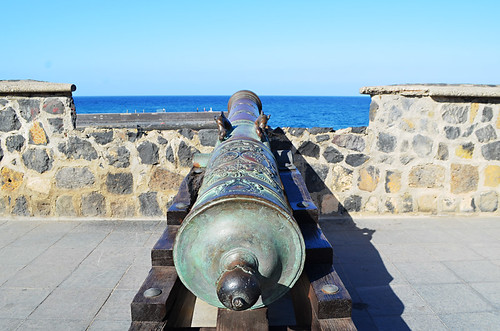 Weather Forecast for 16 to 22 November
The forecasters didn’t do too badly. It was mainly warm and sunny for much of the week across Tenerife; although there were cloudy spells and the week ended grey and wet in some places as predicted. The north and south west enjoyed a mainly sunny week as predicted but they parted company on Sunday which was a bit of a misery in the north (grey and wet) whilst the sun kept the south west warm and dry.

Weather Forecast for Tenerife 23 to 29 November
The outlook is for end of November weather I’m afraid, with the cold weather front affecting Europe having an impact on the Canary Islands. In the south and south west the week should start bright but the second half of the week could be quite overcast. In the north it might be the other way around with a cloudier first half of the week and a brighter weekend. Santa Cruz and the east might be best for sun this week with only Tuesday looking sun free, although it will have cloudy spells on other days as well. Drizzle and rain could be a feature of the week with some rain forecast everywhere on every day. At this point Saturday looks best bet for most rain.

Weather in South Tenerife –  The week should start sunny and warm with temperatures of around 24C. From Wednesday we could see a change with more grey skies than blue and temperatures dropping to 18/19C. There’s a slight chance of rain between Monday and Thursday (5-45%) but the weekend looks as though it could be grey and wet with a 65-90% chance of rain.

Weather in North Tenerife –  Monday should see a bit of a grim start to the week in the north with not much chance of seeing the sun. From Tuesday, the sun should shine at some point every day, although there will be cloud as well. In contrast to the south, the second half of the week should be sunnier than the first half. However, it looks like it will be  the sort of week we often get in November with the possibility of rain always present (15-90%). Temperatures start the week at 21C and end it at 18/19C.

Weather in East Tenerife –  Much the same as elsewhere with a mix of cloud and sun all week. Tuesday could be particularly overcast, but there should be sun at times every other day. There’s a 15-90% possibility of rain throughout the week. Temperatures match those of the north.

Weather in South West Tenerife –  There’s no difference in the normally sunny south west which almost mirrors the south with a sunny Monday and Tuesday, then a mix of cloud and sun till Sunday which is expected to be overcast. Temperatures start the week at around 22C and end it at 18/19C. Like everywhere else there’s a 5-90% chance of rain throughout the week.

Weather in the Mount Teide Crater – Even Teide National Park shouldn’t escape the rain this week with sun, cloud and rain forecast Between Monday and Wednesday and cloud and rain on Thursday and Friday. Things could brighten up again over the weekend, but  there will still be cloud and the chance of rain at crater level. It’s a different picture on the summit where it should be sunny all week except for Friday when there’s a chance of snow. Temperatures should hover between 7 and 9C in the crater and -3 and 3C on the summit of Mount Teide.

The Tenerife Weather This Time in 2014
So what happened this time last year? Last year’s end of November weather makes this year’s forecast seem like a massive improvement .’A decent start to the week deteriorated by the weekend with red and orange level weather alerts across all of the Canary Islands. ‘

Pic: Beautiful November weather on the north coast and Tenerife.

Weather Forecast for Tenerife from 29th November to 5th December

A red alert stays in place for all of Tenerife for winds of up to 130kmh until 3pm when it changes to orange until midnight. There are also yellow alerts in place until midnight today for heavy rain and high seas… […]

It looks as if you can once again apply for permission to access the summit of Mount Teide. […]