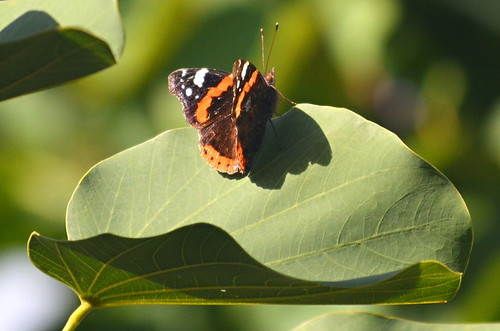 Weather Forecast for Tenerife 15 to 21 December
Finally the weather front that brought mixed weather to all parts of Tenerife decided to move on leaving more typical blue skies and sunshine in its wake. You could almost see and hear the change in the behaviour of the wildlife. Suddenly the air was filled with the song from chirpy Canaries and the green leaves of our orchid tree were brightened up by a near constant procession of butterflies.

Weather Forecast for Tenerife 22 to 28 December
It’s looking like it could be the perfect Christmas week on Tenerife with sunshine forecast for all parts of the island. Shade temperatures will be a bit on the cool side but nobody is going to notice when they’re basking in festive sunshine. The most perfect weather for walking on Tenerife.

Weather in South Tenerife – It’s sunshine all the way for the next seven days. Temperatures in the shade might be a bit on the cool side (19-21C) but in the sun it should be lovely and warm.

Weather in North Tenerife – Much the same as the south with maybe a bit of cloud with the sunshine this morning and the same on Sunday afternoon at the end of the week when there will be a 5% possibility of showers. Shade temperatures will be 17 to 20C.

Weather in East Tenerife –  More or less the same as the north except there might be a bit more cloud on Friday.

Weather in South West Tenerife – The same as everywhere else except it should be a degree warmer.

Weather in the Mount Teide Crater –  It will be mostly sunny in Teide National Park and on Mount Teide although there will be some high cloud on Wednesday afternoon, Friday and Saturday. It is also going to get very cold up high with temperatures in the crater ranging from 6 to 12C and between 3 and a seriously chilly -6C on the summit of Mount Teide.

Pic: The warm sunshine brings out the festive coloured butterflies.