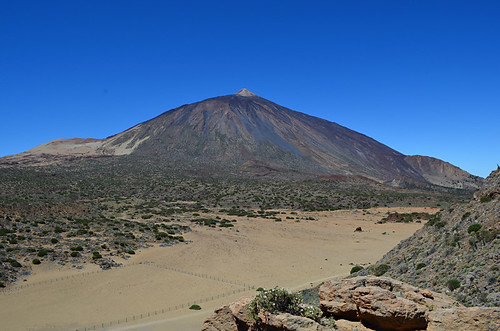 Weather Forecast for Tenerife 14 to 20 July
Again the week started with more cloud than had been forecast but that soon burned off as the week progressed. In Puerto de la Cruz in the north, the Día de la Embarcación on Tuesday was mainly sunny as always before cloud returned for Wednesday and Thursday. From then on it was mainly hot and sunny. In the south the sunshine dominated for most of the week. The week ended on a sunny note just about everywhere on Tenerife.

Weather Forecast for Tenerife from 21 to 27 July
The south and south west should see the best of the sunshine this week with most days being sunny, although there will be cloudy spells on a couple of days. The north and east will see a mix of sun and cloud with the possibility of light showers (probably on higher ground) which is excellent news as we enter the period when the risk of forest fires increases. There could be a mini heatwave at the start of the week in southern parts before temperatures stabilise at around the mid 20 mark (in the shade).

Weather in South Tenerife –  It should be sunny apart from Wednesday afternoon and Friday, both of which could see a lot of cloud. Temperatures will start the week at 26C, rising to a sweltering 28C on Tuesday before dropping back to 24/25C for the rest of the week.

Weather in East Tenerife –  Sun on Monday; sun and cloud on Tuesday, Saturday and Sunday, and thick cloud between Wednesday and Friday (the sun may get a look in at times). Like the north, there’s a 5-65% chance of rain from Tuesday. Temperatures will follow the same pattern as the north.

Weather in South West Tenerife – Hot and sunny all week apart from Thursday afternoon which could be quite cloudy. It’s a hot start to the week in the south west with temps of 28/29C. The rest of the week is much better, being around 25/26C. There is an outside chance of a shower on Saturday (5%).

Weather in the Mount Teide Crater – No change, yet another sunny week in Teide National Park.  Temperatures in the crater will range from 15 to 21C and 7 to 10C on the summit.