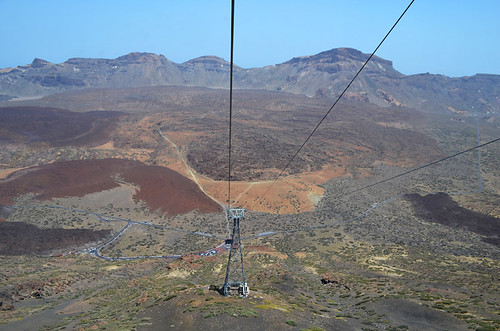 Weather Forecast for 14 to 20 July
It was another very hot week with calima still hanging around. The effects of weren’t quite as bad and the skies began to clear after a hazy start to the week to leave most of the island basking in hot and sunny weather. There were a few cloudy patches but they didn’t last long and provided some welcome relief from the searing sun. The Fishermen’s fiesta celebrating the Virgen del Carmen was the usual sunny affair. She does always get excellent weather for her annual sea trip.

Weather Forecast for Tenerife 20 to 26 July
In the south and south west of Tenerife it should be another hot and sunny week with a rise in temperatures midweek. The north and the east could see a couple of days where there’s a mix of cloud and sun and even the possibility of showers over the weekend which would be extremely welcome if it happened. At this time of year, especially considering we’ve had such a hot start to summer, a brief dampening down might help reduce the risk of forest fires.

Weather in South Tenerife –  It should be another hot and sunny week. Temperatures will start the week around 27/28C, jump to 30C on Wednesday and Thursday and then settle down again around 26/27C for the rest of the week.

Weather in North Tenerife –  It should be sunny for most of the week although Tuesday could see a lot of cloud and the weekend might see some cloudy spells mixed in with the sunshine as well as a 30/35% chance of showers. It’s a very hot start to the week with shade temperatures of 30/32C but those will calm down from Wednesday, leaving most of the week a perfect 23/26C.

Weather in East Tenerife – Mostly sunny during the first half of the week. Friday could be a cloudy day whilst Saturday and Sunday will see a fair bit of cloud as well as sunny spells and there will be a 30-35% possibility of rain. Temperatures match those of the north.

Weather in South West Tenerife – A hot and sunny week in the south west. The week will start hot (29/30C), rising to 32C on Wednesday and Thursday and then cooling down slightly to stay around 27/29C over the weekend.

Weather in the Mount Teide Crater – It’s sunshine and blue skies all week in Teide National Park. Temperatures should hover between 14 and 20C in the crater and 7 and 13C on the summit of Mount Teide.

The Tenerife Weather This Time in 2014
So what happened this time last year? North and south had quite a cloudy week with both also experiencing right rainfall. The east, on the other hand, enjoyed scorching sunshine.