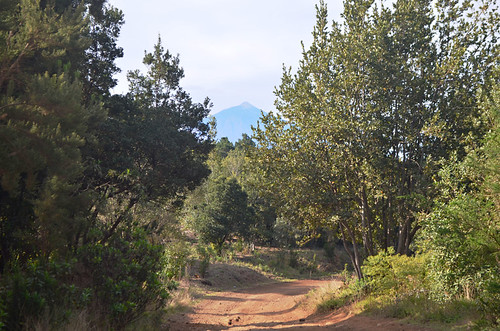 Weather Forecast for 10 to 17 January
It turned out to be a blisteringly hot week across Tenerife. When people commented it felt like summer they weren’t exaggerating. The highest January temperatures ever recorded in the Canary Islands were on Tenerife and El Hierro on Friday 15 January. Even at 1000m above sea level it was hot to walk. Fabulous weather for visitors. As for the predicted snow, it was a no show instead of a snow show.

Weather Forecast for Tenerife 18 to 24 January
Is this the week the weather is going to change back to normal January weather? Possibly… and just in time to welcome an army of British travel writers. The British Guild of Travel Writers hold their AGM in Tenerife during the coming week. The outlook isn’t bad, just not as good as it has been. Monday should start quite cloudy, but after that it should be a mainly sunny week everywhere with some cloud towards the end of the week. Whilst the weekend should also be sunny across Tenerife, there could be high cloud which might make skies hazy. As far as temperatures go, it should be less hot than in recent weeks with shade temperatures in the low 20sC. Once again some snow is predicted for Teide. Maybe this time it will happen.

Weather in South Tenerife –  After a mainly cloudy Monday it should be mostly sunny for the rest of the week with only some cloud on Wednesday and Friday afternoon. There’s an outside chance of a few drops on Friday and Saturday 5-10%. Temperatures should stay around 19/22C in the shade all week.

Weather in North Tenerife –  There should be a mix of cloud with some sunny spells on Monday but after that it should be mainly sunny with some cloud on Tuesday afternoon, Wednesday morning and Friday afternoon. There’s a slight chance of a shower on Friday (10%). Temperatures should stay around 17/21C in the shade all week.

Weather in East Tenerife –  Although the sun should shine every day, there could also be cloudy spells with Monday morning and Friday afternoon looking particularly cloudy. There’s a possibility of light rain on Friday (10%). Temperatures should stay around 17/21C in the shade all week.

Weather in South West Tenerife –  Monday could be cloudy all day, Tuesday sunny all day. After that it’s a mix of sun and cloud for the rest of the week with a 5% chance of showers on Friday and Saturday. Temperatures should stay around 20/22C in the shade all week.

Weather in the Mount Teide Crater – It looks as though the crater will be cloud free only on Wednesday. Every other day should see a mix of  sun and cloud with light rain expected on Monday and over the weekend. There might be light snowfall on Mount Teide on Monday, but it should be sunny from Tuesday to Thursday. There will be a mix of sun and cloud with a chance of snow on Friday and over the weekend. Temperatures should hover between 8 and 10C in the crater and -2C and 1C on the summit of Mount Teide.

The Tenerife Weather This Time in 2014
So what happened this time last year? ‘Again, the weather pattern of coolish temperatures (for Tenerife), sunny and cloudy periods, and light rainfall continued as predicted.’