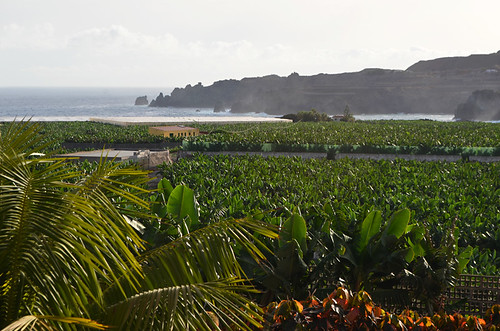 Weather Forecast for Tenerife 8 to 14 September
As predicted there was some cloud and – shock, horror – even some showers. But as we said last week, neither amounted to much. Most of the week was sunny and very hot. As we found out the hard way, sweating our way around Santiago del Teide, Garachico, Alcalá, Adeje, Puerto de la Cruz and Los Silos over the last seven days.

Weather Forecast for Tenerife from  15 to 21 September
Things on Tenerife look a bit unsettled for September. The week starts hot and sunny but temperatures take a downward turn from Tuesday. Nothing serious, it will still be warm, just not sweltering. However, it looks as cloud rolling in during the second half of the week will bring showers everywhere, including Mount Teide. But even with this, most days will have sunshine.

Weather in South Tenerife –  There will be a hot, sunny start to the week with shade temperatures of 29/30C, but from Wednesday there might be a change with temperatures gradually descending so that it will be around 23C by the weekend when there will be a lot of cloud and a 40-50% chance of rain.

Weather in North Tenerife – A sunny start to the week is predicted but although there will be sun nearly every day there could be a lot more cloud about than in recent weeks with  Friday looking quite gloomy. Temperatures will follow a similar pattern as the south, starting at a perfect 24/26C before descending as the week goes on to drop to 21/22C by the weekend. There will be a 5 to 70% chance of rain from Tuesday with the weekend looking most likely for some showers.

Weather in East Tenerife –  Same pattern as the north except Wednesday could also be very cloudy.

Weather in South West Tenerife – A hot and sunny start but like everywhere else, there is a possibility of showers this week, 20 to 50% from Thursday onwards when there will also be more cloud. Temperatures will start the week in the low 30s, descending as the week goes on before bottoming out at around 24C by the weekend.

Weather in the Mount Teide Crater – It will be the usual sunny week in Teide National Park except for Thursday when there could be rain. Once again, although it’s blue skies, the strong winds on the summit of Mount Teide continue until Friday, so it’s worth checking the cable car is running. Temperatures in the crater will range from 11 to 19C and 2 to 7C on the summit.

Pic: Morning amongst the bananas in Isla Baja.

Weather Forecast for Tenerife from 21st March to 27th March

Normal service should be resumed this week. It should be mostly sunny everywhere on Tenerife throughout the week. The warm weekend temperatures should… […]