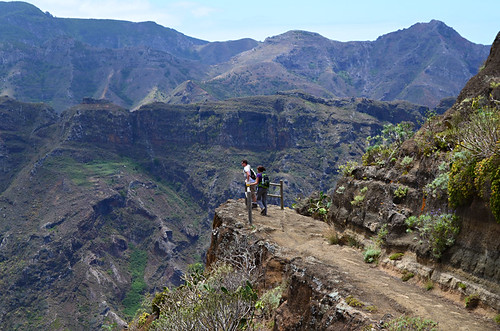 Weather Forecast for Tenerife 7 to 13 July
It has been interesting weather for summer, but maybe not if you’re a visitor to some parts. Although weather forecasters were predicting loads of sunshine all over Tenerife, the reality was quite different, It’s been a bit of a north/south and east/west divide with the north and south having lots of cloud whilst east and west has enjoyed lots of sunshine. Even walking in the Anagas we baked in the sunshine whilst people were struggling to see the sun in places like Los Cristianos.

Weather Forecast for Tenerife from 14 to 20 July
In theory it should be a hot and sunny week most places with only the north coast experiencing any noteable cloudy spells. But recent weeks have shown that the Spanish Met Office haven’t been quite right when it comes to localised patterns. One thing that’s for sure, it will be hot.

Weather in South Tenerife –  It should be a hot, sunny week with temperatures of around 25/27C all week… in theory.

Weather in North Tenerife – The start of the week should see more cloud than sun, with the second half of the week enjoying more sun than cloud. There’s a slight chance of showers from Wednesday, but only 5%. Temperatures will be 23/24C.

Weather in East Tenerife –  Sunny ever day but with some cloudy spells and a very slight chance of showers. Temperatures should stay around 23/24C.

Weather in South West Tenerife – Hot and sunny all week with some cloudy spells and temperatures of 26/28C.

Weather in the Mount Teide Crater – Another sunny week in Teide National Park.  Temperatures in the crater will range from 18 to 20C and 7 to 11C on the summit.