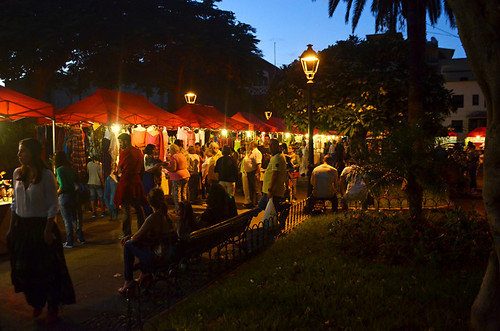 Weather Forecast for Tenerife 6 to 12 October
We returned from a trip to Lisbon on Thursday and enjoyed a sunny Friday whilst the weekend was mixed with some decent rainfall on Saturday morning. By all accounts it was a bit of a mixed week everywhere with nearly all of Tenerife’s coastal areas experiencing sunshine, cloud and rain.

Weather Forecast for Tenerife from 13 to 19 October
The week could start quite cloudy in most places, but from Tuesday onwards there should be plenty of sunshine most places with the north enjoying most of it in coastal areas and the east around Santa Cruz seeing most cloud. There’s a likelihood of rain today and a very slight chance of showers during most of the rest of the week, but the sun should shine at some point every day everywhere on Tenerife.

Weather in South Tenerife –  Monday, Tuesday afternoon and Sunday are looking as though they’ll be quite cloudy in the south of Tenerife, although there should be sunny spells. The rest of the week should be mostly sunny with light cloud with Friday and Saturday looking best for the sunshine. Like the north it looks like it might rain today and there’s 5% chance of showers during the rest of the week, except for sunny Friday and Saturday. Temperatures will be 24/25C throughout the week. Saturday will be the hottest day when it should be 26C.

Weather in North Tenerife – After a quite gloomy start to Monday, things should brighten up with it being mainly sunny from Tuesday onwards. There might be cloudy spells during the second half of the week but mostly the sun should dominate. There is still a chance of showers (5 to 25%), with today looking most likely for some rain. Temperatures will stay around 22/24C all week.

Weather in East Tenerife –  Apart from Tuesday and Saturday, which will be sunny, the rest of the week in the capital Santa Cruz could be mostly cloudy. The good news is that the sun will shine at some point every day. Like everywhere else, it looks like it will rain at some point today with a 5-20% possibility of showers throughout the week except for Tuesday and Friday. Temperatures will hover around 22/24C all week.

Weather in South West Tenerife – Much the same outlook as the south with temperatures staying between 23/25C except for Saturday when there will be a jump to 27C.

Weather in the Mount Teide Crater – It will be a sunny week in Teide National Park apart from Thursday afternoon when there might be some cloud. Temperatures in the crater will range from 10 to 16C and 4 to 6C on the summit.

Weather Forecast for Tenerife from 22nd to 28th August

There should be no extremes of weather patterns this week. For most of the week it should be hot and sunny in most areas of Tenerife with only some light cloud. Things change a little towards the weekend when… […]

Weather Forecast for Tenerife from 24th February to 2nd March 2014

The good news is that it looks like it’s going to be a beautiful and mainly sunny week across Tenerife. The bad news is that Carnival in the north of Tenerife… […]