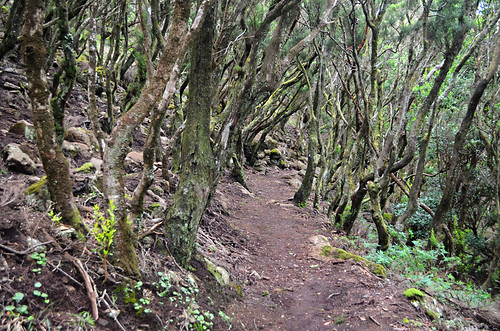 Weather Forecast for Tenerife 3 to 9 November
As predicted for last week it was a case of sun and cloud everywhere with rain in places. Once again we read a few comments saying weather forecasters got it wrong as there was no rain where they were. People forget that forecasts are often taken near administrative centres in the hills and not at the resorts and that most municipalities stretch from coast all the way to the island’s spine. Just because it doesn’t rain on the beach, it doesn’t mean there’s no rain in the hills. It is great walking weather though; lovely and warm but not too warm for tackling those steep Tenerife hills.

Weather Forecast for Tenerife from 10 to 16 November
More or less a rerun of last week with the sun showing up most days in most parts of Tenerife but with a fair amount of cloud and a possibility of rain as well. At this time of year the pattern can be sunny mornings/cloudy afternoons with the sun appearing again later in the day. Do the sunbathing early and the exploring in the afternoon.

Weather in South Tenerife – Much the same as last week with a mix of sun and cloud every day and a chance of rain throughout the week (5 to 75%). The week will start warm 26C before dropping a bit to 22C from Wednesday. If the pattern continues the same as recently, it’s likely the morning will see sun and the cloud will roll in later on.

Weather in North Tenerife – Not much different from the south with a mix of sun and cloud every day except Thursday, which just looks cloudy, and a 5 to 85% possibility of rainfall. Temperatures start the week around 24C and drop to 20/21C from Wednesday.

Weather in South West Tenerife – The forecast for south west is the same as the south apart from one thing, there’s no hot start to the week. It will hover between 22/23C all week.

Weather in the Mount Teide Crater – It could be an unusually damp and cloudy week in Teide National Park and on the summit of Mount Teide with cloud forecast for Monday morning, Wednesday, Thursday and Saturday morning. There could also be rainfall during the night as well. Saying that, the sun will shine every day. Temperatures in the crater will range from 10 to 13C and 3 to 6C on the summit, so probably not cold enough for snow.