A couple of years ago we received feedback regarding a walk we’d written about in Hermigua on La Gomera. The person who gave the feedback commented we couldn’t have done the walk in a long while as we’d failed to mention a river which had caused him some problems.

There is no river at the spot the man was referring to. We’ve walked the route many times, the last time a couple of months previously and all that’s there is a stream. But he wasn’t wrong. There is no river… normally.

During his November visit there had been heavy rain. When summer eases into winter (if you can call it that) on the Canary Islands there can be monsoon-like deluges where Noah’s Ark type volumes of rain fall in a very short period. Given the shape of the western Canary Islands, and the fact this tends to happen after a long dry summer, the ground doesn’t have time to absorb the water. Subsequently it comes rushing and roaring down from the hills and mountains; sometimes causing devastation, often creating temporary rivers and waterfalls. The visitor to La Gomera had no way of knowing the raging river would return to being a trickling brook after a few days. 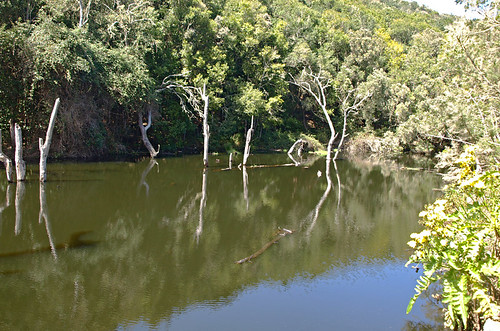 We’ve become water geeks since moving to Tenerife. The sight of fresh water in natural form gets us all excited because it’s so uncommon on the islands (except for La Palma). Where the La Gomera hiker saw an obstacle, we’d have seen rare beauty and would have crouched by its banks absorbing the turbulent beauty in awed silence.
On reflection, we’re probably guilty of ‘gushing’ about water features because there is such a lack of them; so much so that even a man-made reservoir which looks like a natural lake can bewitch us. In our defence, there are some beautiful examples of natural looking man-made lakes in the Canary Islands. 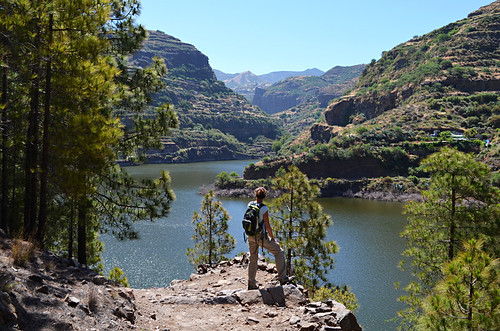 Although surface water isn’t common, there are places on Tenerife where streams trickle constantly through narrow ravines, occasionally creating jade pools in the hollows of elephant skin coloured boulders. Northern Europeans used to wide rivers and ocean-sized lakes possibly barely register these, but to us they are precious rarities. 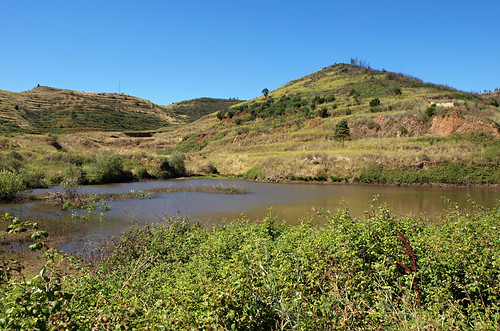 The Erjos pools near Santiago del Teide are one of Tenerife’s man-made water features, the earth extracted for building purposes. We’re overjoyed every time we set eyes on the Erjos pools because they have a troubled existence. Apart from the fact if there’s no rain they dry up, the area can be prone to forest fires, which signals potential disaster for the pools. So far they keep bouncing back, their calm waters attracting ducks, water fowl, frogs and dragonflies. They’re the closest thing to a mini nature reserve you’ll find on Tenerife. 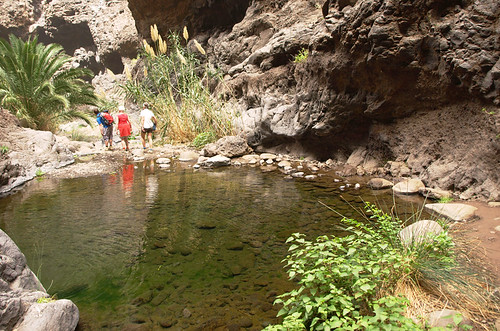 The most popular walking route on Tenerife (when the Barranco del Infierno is shut) is also one of the places where you’ll see running water all year. A stream, and occasional pools, follow walkers through much of the Masca Barranco. At a couple of points water blocks the path so that some stepping stone balancing skills are required. 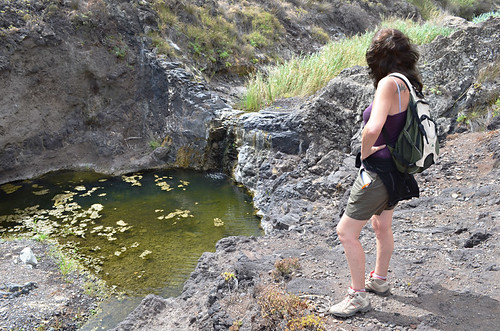 At the other end of the island, Anaga’s challenging barrancos are ideal hiding places for bubbling brooks. The trail from from Afur to Taganana is one of raw beauty, winding through a remote wilderness that feels about as far removed from the purpose-built resorts as you could get. Criss-crossing ravines, streams and cane bordered pools in parts, it’s difficult to believe you’re even on the same island as holiday pleasure domes such as Costa Adeje. 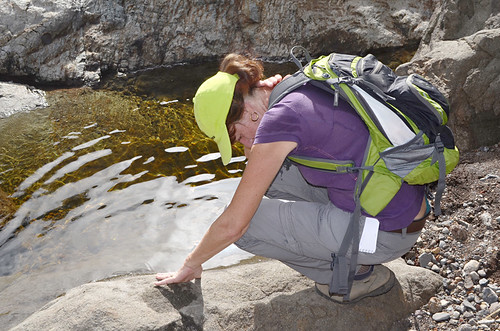 One step even further is the route from Chamorga through an endless and shadeless ravine to the island’s most easterly tip. Even in summer, the water sparkles happily beside the path. In the case of this route it’s been as much a lifesaver as an aesthetic accompaniment. Walking the route in late October, it was still so hot in the ravine that our bottled water was glugged far too enthusiastically in order to remain hydrated. The pools were a godsend for providing cooling water to splash on faces that wide-brimmed hats couldn’t prevent from overheating.

If we go on about water features which seem insignificant to those who experience more of the stuff than they’d like, forgive us; we’ve been assimilated into the Canarian way of looking at H2O.

As the saying goes – sin agua no hay vida.

All the routes mentioned are included in our Island Walks PDFs and also in our guidebook Walk this Way Tenerife.