It’s been a tradition for many years, long before we relocated to Tenerife, trying to counter the effects of too much eating and drinking (aka having fun) over the festive season by heading to the hills for a walk or two at some point during the Christmas and New Year period.

Boxing Day is the usual favourite for a walk – a healthy yang to Christmas Day’s yin. When we lived in Stockport it required a bit of a drive to get to a good spot for stretching the legs in rural surroundings. In Tenerife, accessing a variety of wildly diverse routes over the years proved a far easier task. 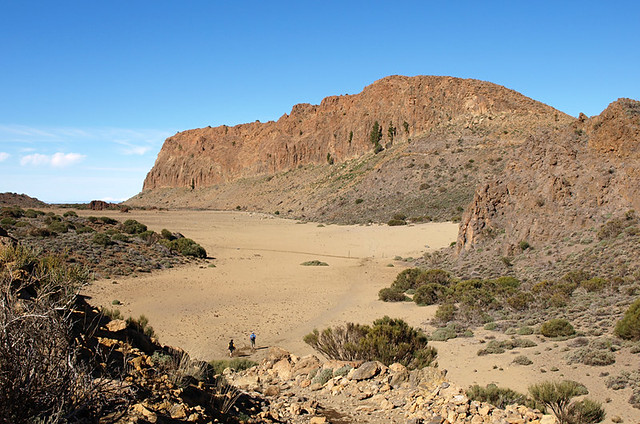 People often ask where on Tenerife is the best base for walking. We’ve maintained Puerto de la Cruz in the north is it. Strike out in any direction (apart from toward the sea obviously) and you find different hiking ingredients without having to travel too far. We also favour being close to a decent-sized traditional centre with plenty of good restaurants and cultural events. Puerto comes up trumps in that dept. as well. Plus there’s the bonus of La Orotava just a few minutes drive inland, with its picturesque historical centre and interesting selection of places to eat. 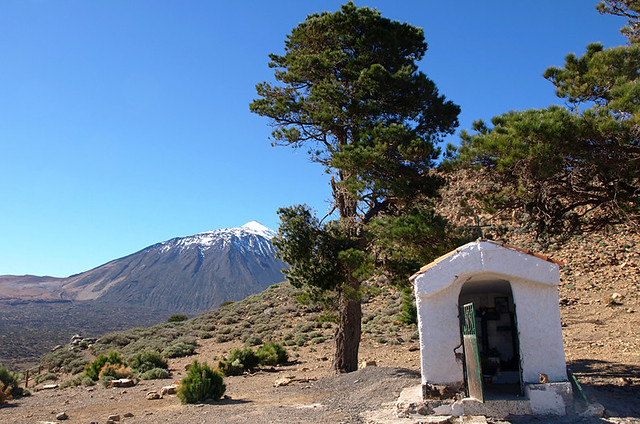 Some years we look for a new walking experience, others we opt for a route that is like slipping on an old jumper, familiar and comfortable with a strong feel-good factor. Late December/January on Tenerife usually sees blue skies and warm temperatures, a perfect partnership for walking.

Last year we headed a short distance inland to pass Aguamansa, the last village before Teide National Park, to follow a balcony route through the pine forest and across the northern slopes of the Orotava Valley. The sky was clear and snow on Mount Teide lent a suitably seasonal touch. It was a route we pieced together when the classic Los Órganos one was closed. If anything it has more variety, switching from forest to open stretches with expansive views of the coast and then to small agricultural plots where the forest meets rural civilisation. We took a friend with us and he was so wowed by the experience he returned a week later to attempt to walk it again himself. 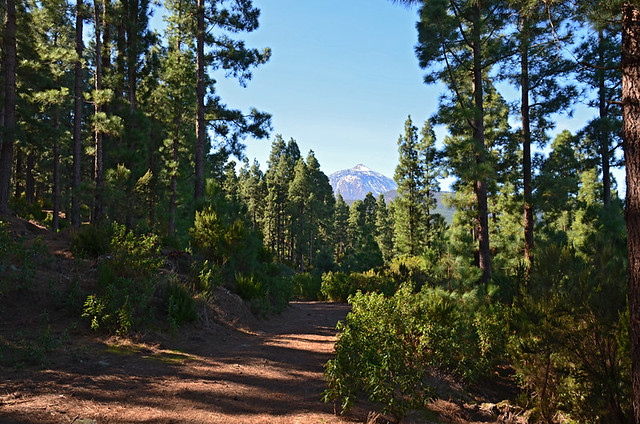 The previous year we travelled east a short distance to explore paths that are less well known, even to those who wander off the beaten track, negotiating a maze of routes which meandered one way after another through the dense forest above El Sauzal and Tacoronte. It wasn’t classic walking compared to many other Tenerife routes, but it was enjoyable enough and interesting to explore an area of Tenerife’s countryside we’ve only visited a handful of times over the years. 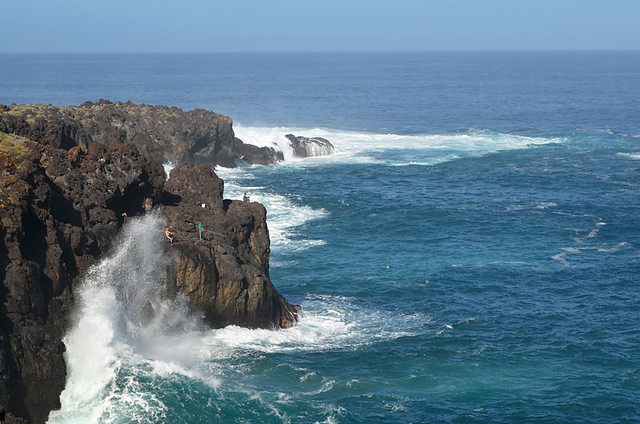 In 2015 we enjoyed an easy stroll along a coastal path at El Sauzal, passing only the occasional fisherman casting their lines from dramatic volcanic rocks jutting out into a lively Atlantic. There are a handful of coastal routes easily accessed from Puerto de la Cruz, two of which don’t require any driving at all. As a contrast we also climbed Barranco de Ruiz, another route which comes up with a pleasing mix of scenery; the quite wild and steep Ruiz Ravine being replaced by agricultural flat(ish) lands and then an old trading trail descending to San Juan de la Rambla, one of the north’s historic coastal towns which, with a bit of TLC, could be more of an attraction than it currently is. 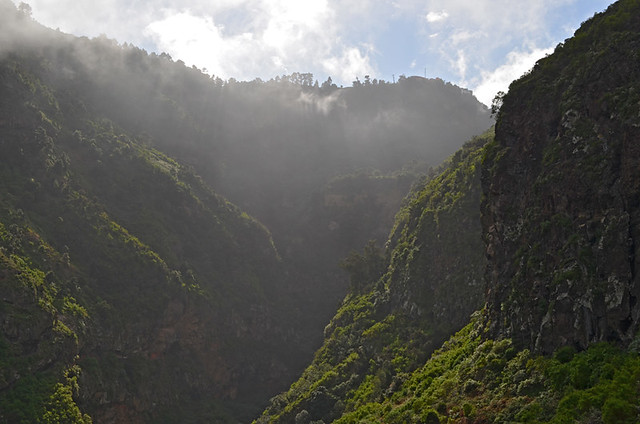 However, our favourite area for a festive frolic amongst stunning scenery is Teide National Park. There can often be snow around, but in December and early January not usually enough to attract the hordes of Canarios which descend on the volcanic crater at the first sign of decent snowfall. The world inside Teide National Park is mind-blowing at any time of the year, with even a smattering of snow on the ground it’s more surreal than usual; what you might expect Christmas on Mars to look like. Giving lazy festive muscles a jump-start amongst glistening basalt fields and rope-like pahoehoe coils is quite invigorating. 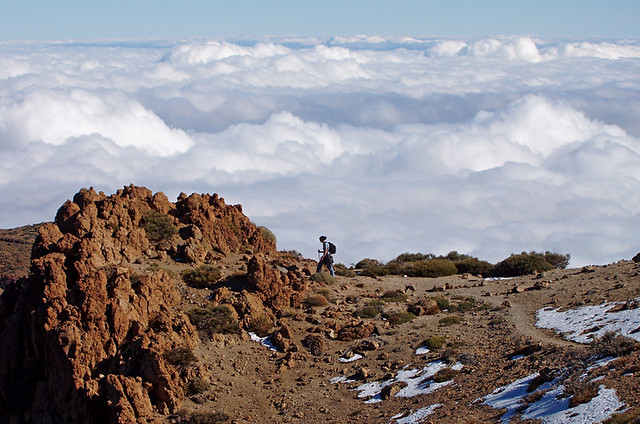 A short, sharp walking hit might not make much of an impact on the size of our post pig-out bellies. But every year, by the time we’ve hit our stride on paths such as the ones mentioned, and the glittery cobwebs inside fuzzy heads have been blown away, we feel physically and mentally rejuvenated; ready to face the new year with renewed vigour and enthusiasm.

That’s the joy of walking in such beautiful surroundings.