What is the best walking experience on Tenerife? As well as being subjective, it’s a hard question to answer. We have our favourite walks on the island, but even then it would be extremely difficult to have to choose one which was the out and out favourite.

The ultimate Tenerife walking experience could arguably be to sit on the summit of Mount Teide to watch sunrise. That is pretty special, wondrous and humbling as well as filling you with a real sense of achievement. 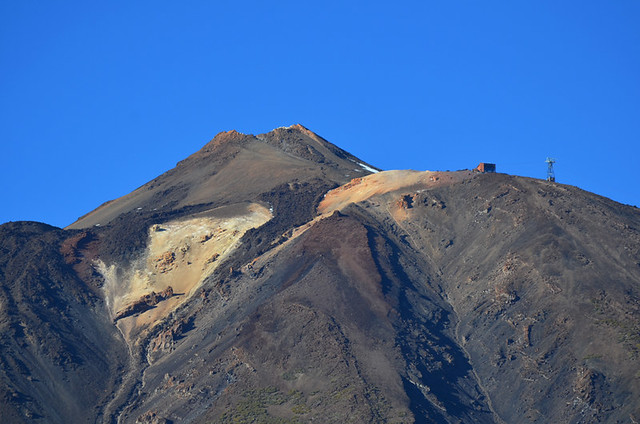 But possibly the best singular walking experience we’ve had, the one which surprised and wowed us the most, is one which isn’t actually included in our Real Tenerife Island Walks routes. It isn’t included because it occurs on a linear route we helped create a few years ago specially for UK Slow Travel specialists Inntravel for their To the Top of Spain itinerant walking holiday. 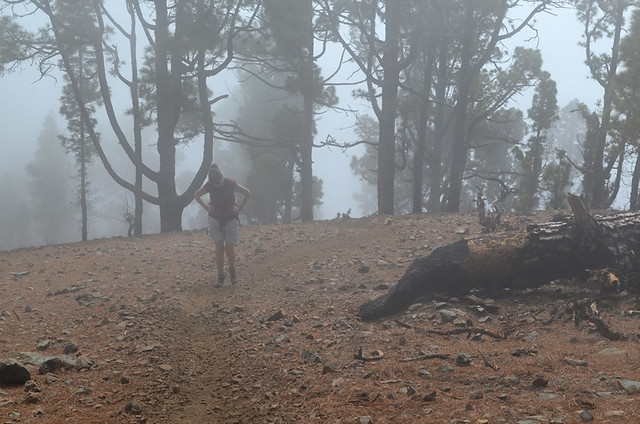 The remit was to come up with a route which would enable customers to walk from the Hotel Villalba in Vilaflor all the way to the Parador de Las Cañadas del Teide in Teide National Park. The obvious and most popular trail is to follow the old Camino de Chasna, entering the crater at the Degollada de Guajara. The problem with that was we wanted to use part of this route on a circular walk for the full day customers would be spending in Vilaflor. Instead, we looked at approaching Teide National Park from the western side and piecing together a route which would travel through the forest from Vilaflor to the Las Lajas zona recreativa before ascending to the crater wall and then traversing the ridge until it was time to descend to the Parador. A lack of signposts and waymarks on long stretches meant it wasn’t an easy route to write directions for, especially when bruma descends. Added to that, it’s a relatively long and challenging route, involving almost 1500m of ascending, but the reward is stunningly unique and about as spectacular as you can get. 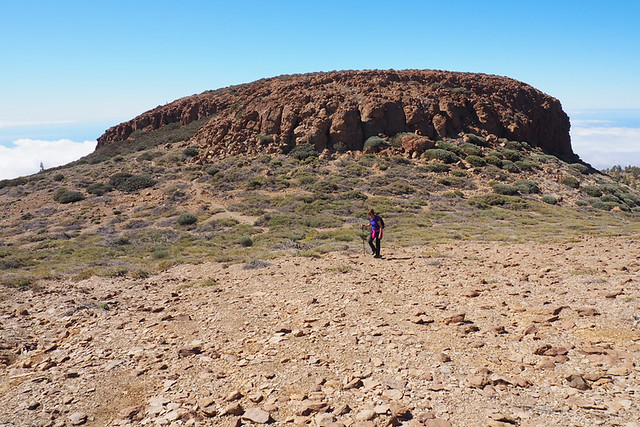 It seems as though it should be impossible but, thanks to the crater wall which curves protectively around the park on its southern side, Spain’s highest mountain somehow manages to stay hidden for much of the way. In fact right until the walkers emerge on the edge of the crater rim. It really is a last second appearance; a case of “where’s Teide? Where’s Teide? Oh Wow!” It doesn’t matter if you’ve been told this is going to happen, it doesn’t prepare for witnessing the incredible scene for yourself as a slope of biscuit-coloured scree rising ahead in front is whipped away to be replaced by a vast volcanic wonderland lorded over by a towering volcano. 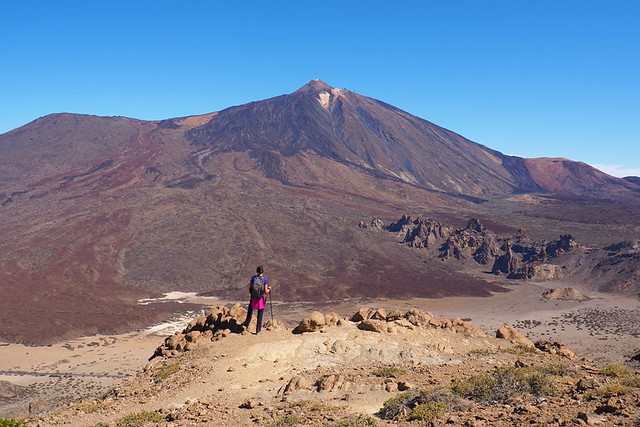 I can’t think of anywhere we’ve walked in Europe where there’s been such a dramatic pay off. It is one of those unforgettable walking moments, and it doesn’t diminish when experienced for a second, third, fourth time.

As mentioned, many parts of the route aren’t signposted or officially waymarked, at least they weren’t when we last walked it in April. Part of the problem is it crosses different municipalities and councils on Tenerife aren’t always great at working together. When we were initially putting the route together we were told by a tourism officer in Vilaflor that a route in the area we were researching didn’t exist. She also told us the route we’d just walked to reach her cabin didn’t exist (it also crossed municipal boundaries) so we took her advice with a large pinch of salt. But it isn’t the easiest to navigate so we’d advise caution at setting off to find it without directions. Thankfully there are plenty of sensational Teide National Park walking routes which are easier to navigate, and we do include our favourites of these in our Hiking Highs set in Real Tenerife Island Walks.