We recently received emails from both a PR company in the UK and also the Tenerife Tourist Board with information about the upcoming Tenerife Walking Festival which runs from 21 to 25 May.

We receive shedloads of emails from PR companies on a daily basis, each with information about what’s happening in the world of travel. Most get automatically binned. But, as writers who specialise in both walking and Tenerife, this one holds more interest than most, especially as it’s a cause close to out heart – it promotes a different face of Tenerife. 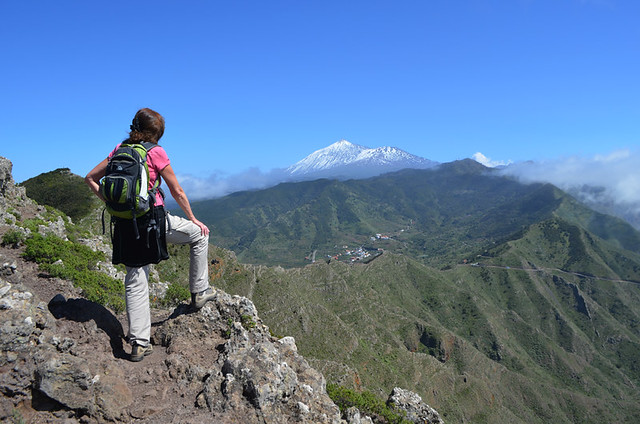 Statistics from the Tenerife’s Department of Tourism Research show that in 2018 10% of all visitors to the island went on a hike. This figure in itself was interesting to us. Back in 2006 when we set up our Real Tenerife websites and started writing guidebooks and walking guides, we specifically aimed them at visitors to Tenerife we thought were being ignored in favour of sun, sea and sand holidaymakers. We called them the ten-percenters as we figured that would be roughly the percentage of visitors to Tenerife who wanted to discover the more traditional aspects of the island. It looks like we weren’t far off the mark with that guestimate.

Also interesting in the PR blurb is the authorities seem to still think that walking on Tenerife is not something that’s quite so big with British visitors. The press release makes reference to hiking proving popular with French, German, Swiss, Austrian and Dutch tourists, but makes no mention of British. From our experience, they’re a bit out of date with that now. Generally, many Brits still might consider other Canary Islands as more appropriate for walking thanks to the sort of publicity Tenerife still gets in the mainstream press. But over the last decade more and more Brits have woken up to the island’s draw as a walking destination. Having walked across all the Canary Islands we believe it to offer the most diverse walking of them all. 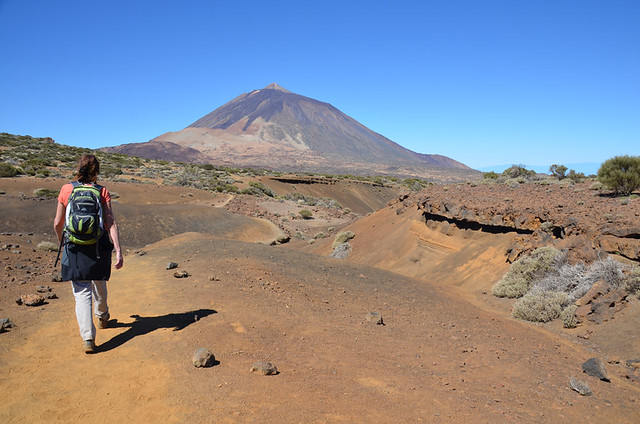 This is the fifth year the festival has been running and the base, as always, is Puerto de la Cruz where there will be additional events held to coincide with the festival. Registration is still open and costs €30, which is a pretty good deal as it includes a Tenerife welcome pack, daily transportation for all registered hikes, expert local mountain guides, and discounts in shops, restaurants, hotels and museums in Puerto de la Cruz. Already signed up for the festival is the Pakistan’s women’s mountain team who will using it for training. 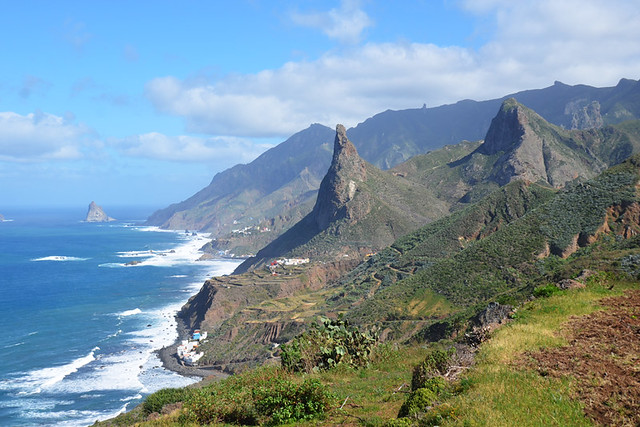 There are eleven walking routes to choose from over the three full days of the festival. Given this is the fifth year it’s been running, the organisers have done a good job of coming up with fresh routes which are slightly different. For example, the likes of Baracan to Punta de Teno and Cruz del Carmen to Tegueste. Only two routes are fully booked at this point (30 April) the classic Mount Teide climb, and one from Benijo to Roque Bermejo.

We’ve never been involved with the festival but have gone to the end of festival party in Plaza Europa (it was open to everyone) and there was a fabulous vibe. Participants were buzzing even though it hadn’t been a great week weather wise (the festival was held earlier in the year when it first started). 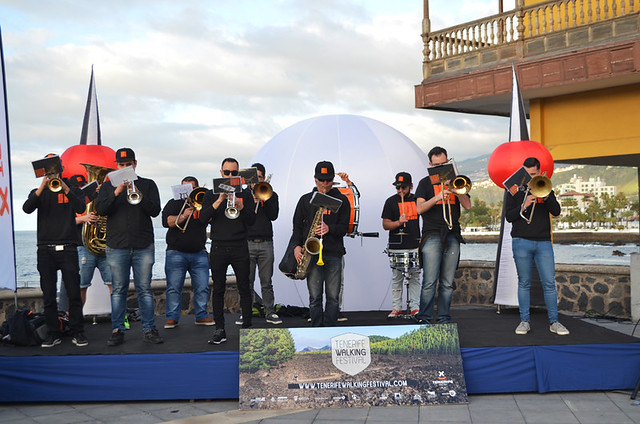 It’s a great way to get to know some of Tenerife’s walking routes with like-minded people.