It took us a while to actually get around to walking the Roques de Garcia circuit in Teide National Park. In truth, we initially dismissed it as being one of the few places in the park which was overrun to the point of being claustrophobic with excursionists and so tended to steer clear. But sometimes beneath a messy wrapping lies a delightfully surprising gift. 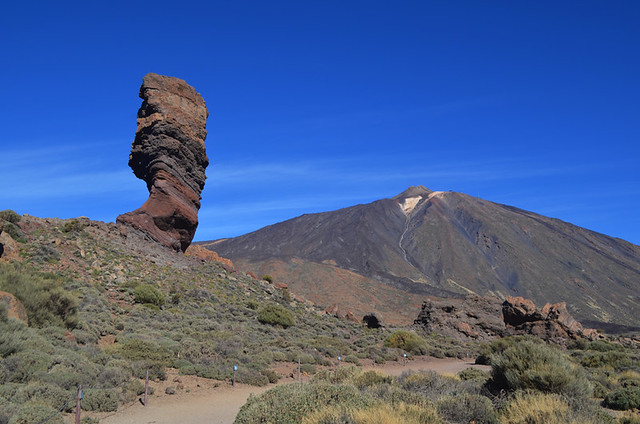 The banknote shot
There are a few iconic shots on Tenerife and the view of Roque Cinchado with El Teide in the background is one of them. So much so it made it onto a Spanish banknote (in Peseta days). It is a scene to stand and admire… and wonder when the club-shaped rock will topple over. What’s evident from this shot is that even at this very early stage of the path the crowds have already been left behind. 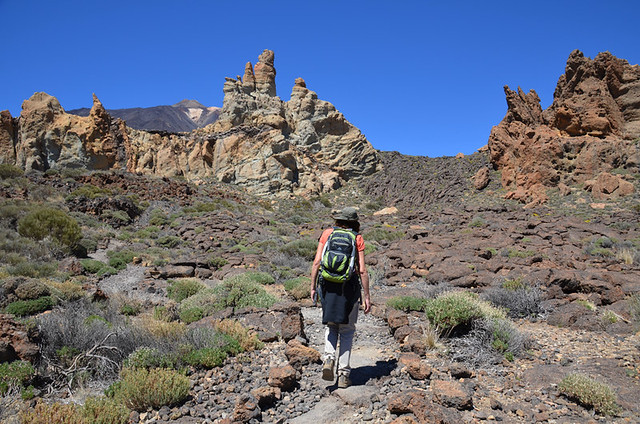 A twisted world
The ‘Roques’ take on very different shapes depending on which side you’re looking at them from. We particularly like them from below where their individualistic forms appear even more anarchic than from the higher path. 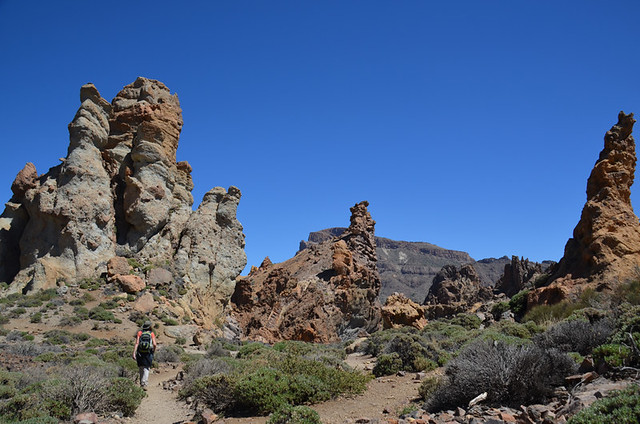 Although…
They’re still out-of-this-world impressive from the other side. 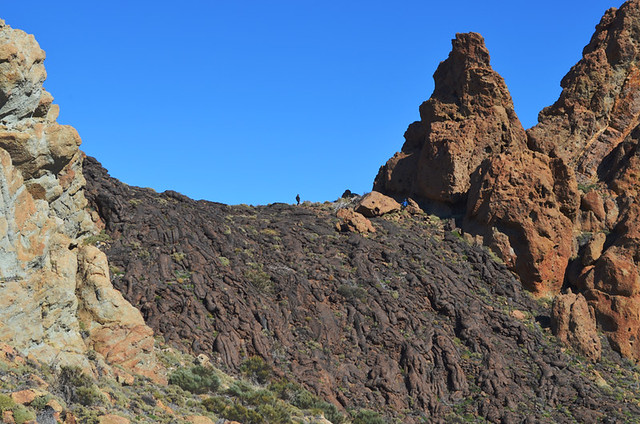 Landspill
One of our favourite sections of the route is a gap in the rocks where it looks as though it might only have been a couple of days previously when molten lava poured through like a particularly thick gravy. The ant people on the solidified lava puts the scale into perspective. 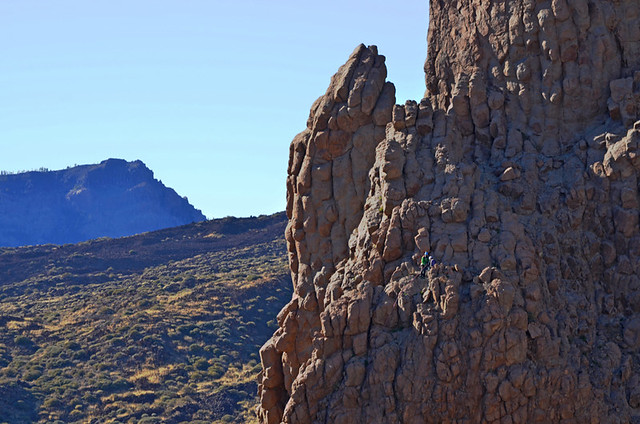 The Cathedral
One of the most impressive rock formations in Teide National Park rarely gets a mention even though thousands look at it every day. It’s probably because La Catedral doesn’t look anything like as impressive from the viewpoint at the Roques de Garcia car park as it does when you’re standing beside it. When you spot lizards scuttling around its higher pinnacles and realise they’re human climbers, you realise how impressive it is, and how crazy they are. 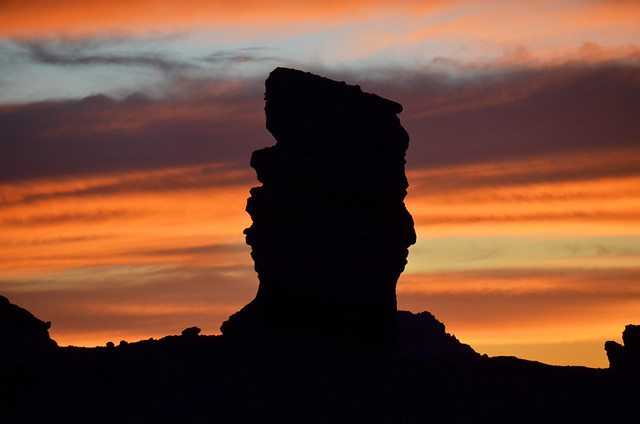 After dark
We usually stay at the Parador whenever checking walking route directions in Teide National Park so that we can able to use our walking time more effectively. Wherever you’re coming from on Tenerife it takes a while to get to the park. It’s quite captivating to see the Roques de Garcia completely free of people, and watch those unusual pinnacles take on different shapes as the sun drops below the mountains to the west. Incredible.

We include the Roques de Garcia route in our Hiking Highs set of routes and in our Walk this Way Tenerife guidebook. But it’s a relatively easy circuit to follow. One thing to be aware of, although only a relatively short route the Roques de Garcia can require some effort in sections where ascents/descents are on the strenuous side and the path isn’t always crystal clear.