For another in our ‘Six scenes…’ series we turn our attention to Tenerife’s remote north east and our favourite walking area on the island, Anaga.

Because of the nature of the landscape in area there are no routes of any decent length which you could call easy. Forget it if you’re a fan of walking on the flat. But that’s what keeps Anaga enshrined in the past. It might not be an easy place to walk, but it’s a backbreaking environment in which to live. As a result villages remain small, mostly little more than hamlets. Excursion coaches do venture into Anaga, but they’re limited to only the roads they can negotiate, leaving most of this huge and glorious chunk of Tenerife people-free.

We include three Anaga trails in our walking routes. I couldn’t pick a favourite as they all offer something different and any walking in Anaga is likely to blow away anyone who hasn’t walked there previously, even if they have.

These are from a route around Afur and Taganana. 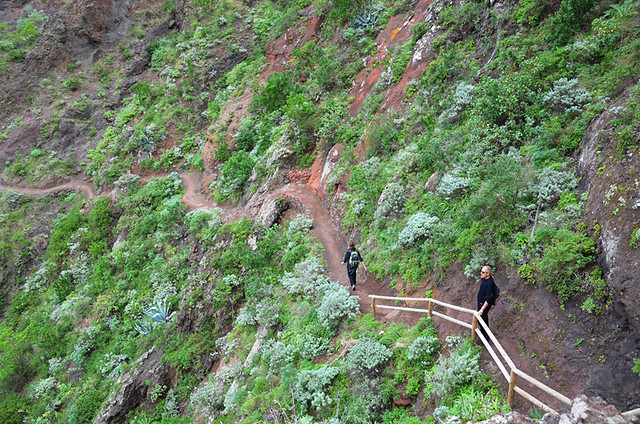 I’d say Anaga isn’t really suitable for anyone who suffers from vertigo. Paths like these are common and this route has a few stretches where the land drops away on one side of the path. It’s rarely as narrow as it looks in photos though. 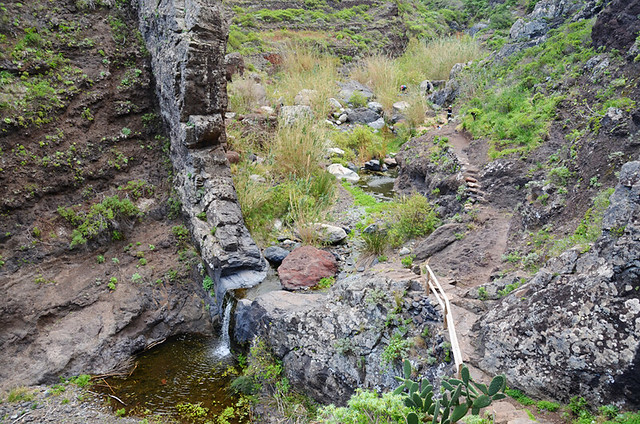 Like Masca at the opposite end of the island, streams and running water is a feature of part of this route. Unlike Masca you don’t have to share the route with as many other hikers. 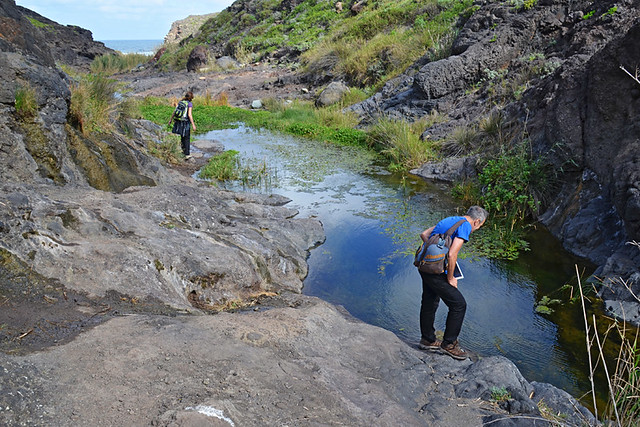 Walk it during February and you should be serenaded by a loud frog chorus. Given the volume of their croaks, spotting them isn’t quite as easy as you might think. 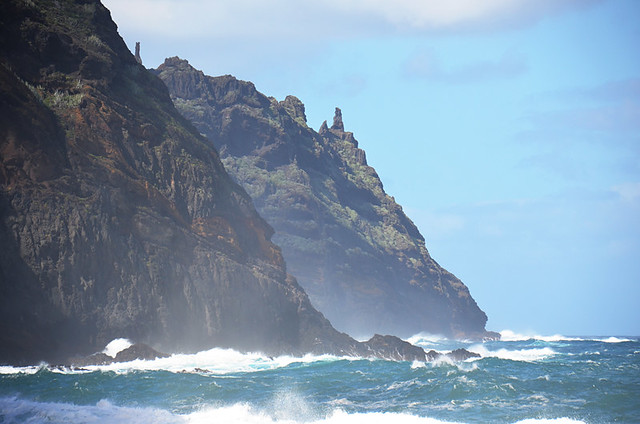 Another difference from Masca’s ravine is when you reach the coast here there’s no water taxi waiting to transport you back to civilisation. In this case it’s a good thing because the most spectacular part of the route is still to come. 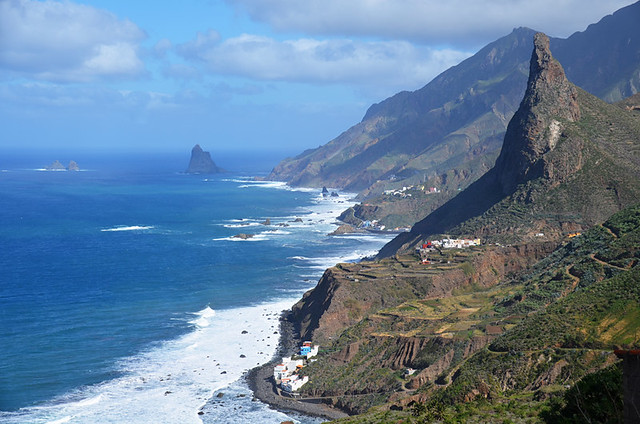 Simply one of my favourite views on Tenerife, the rugged Anaga coastline – remote and not easy to get to unless you put in the effort. This stretch is just stunning when you get the right weather, but it’s another part which might cause vertigo sufferers problems. 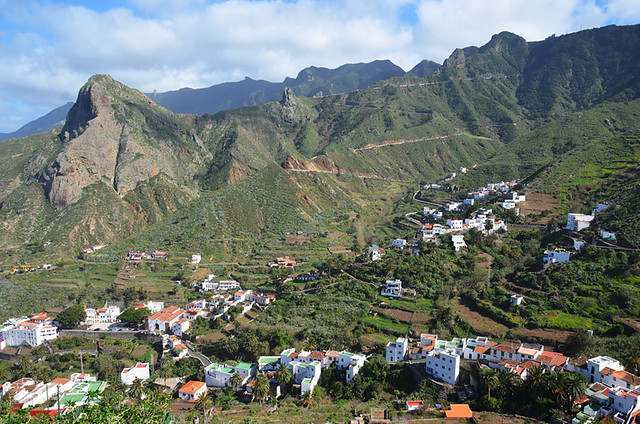 Taganana is one of the few places in Anagas which coach excursions pass through. Not that we encounter any day-trippers. The route traverses the opposite side of the valley from road the coaches take. Not so many folk get to enjoy this view.

All these photos were taken on an early February walk. The upper reaches of Anaga can often be shrouded in cloud and subsequently cool. However, many routes descend to coastal level, in the process swapping at least one microclimate for another and often cloud for sunshine. The eagle-eyed out there may have spotted in the first photo Andy and our friend who accompanied us are wearing fleeces/jumpers, but by the time we reached the coast it was down to tee-shirts. Layers are often the sensible way to dress for walking on Tenerife.

The Afur route is included in our Stepping Back in Time set of walking routes and in our Walk this Way Tenerife guidebook.

As the annual festive consumerism approaches, I thought it might be useful to give an idea of the sorts of things that would make great Christmas presents for anyone you know who’s planning on coming to Tenerife to enjoy some walking in 2016… […]

Top Ten Places to Unwrap the Sandwiches on a Tenerife Walk

It’s a well known fact that butties taste a whole lot better when they’re eaten in the great outdoors, preferably with a view of some sort to accompany them. Here are our top 10 spots for unwrapping the sandwiches… […]

On a Scale of One to Ten, How Fit Do You Reckon You Are?

If there’s one sure-fired way to gauge your general fitness level it’s doing some fairly vigorous exercise like a bit of cardio-vascular work or a hike over a decent distance involving some lung expanding ascents and descents. […]