All the photos used for this article have some things in common. Obviously they’re all Tenerife. Each was taken during the winter months. They’re all in the north. And, most importantly, the weather was perfect for walking.

So was that just good fortune or was it something else? Maybe something like being able to read and interpret the weather forecast for different parts of Tenerife. 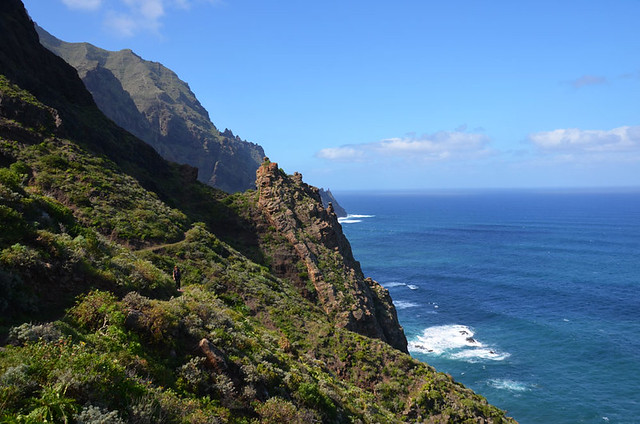 Weather forecasters have a thankless job. Years of studying followed by more years of experience researching weather patterns, and using the latest monitoring equipment to find whatever they predict can be swept casually aside by a statement like ‘it’s pointless, you can never predict the weather’ spouted by the online equivalent of the pub ‘expert’.

I know it drives me mad whenever I see this type of comment, so I can’t imagine how forecasters feel. Because up to a point you can predict the weather. That’s one of the reasons why Meteorological stations exist. 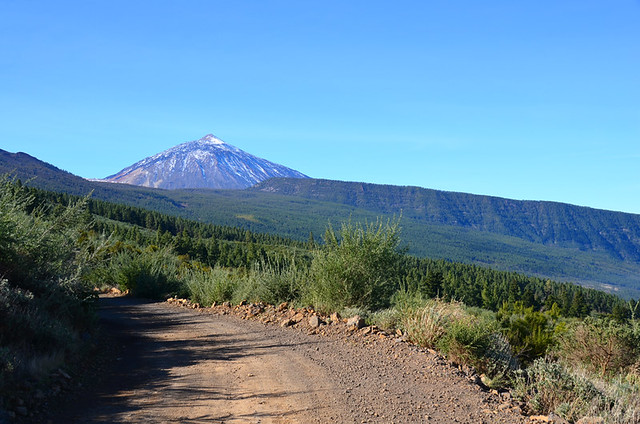 Most of the time the lack of trust in weather predictions is partly because people aren’t using the most reliable tools – i.e. official sources like a country’s Met Office website. Another factor is even if they find the right source, some people can’t interpret the comprehensive information provided. And another part is they don’t know how to read the weather on the ground.

During weather alerts, when high winds have ravaged Tenerife’s higher areas as predicted, there’ll be someone posting a comment online about forecasters getting it wrong again because they were on the beach and the weather was absolutely fine where they were. 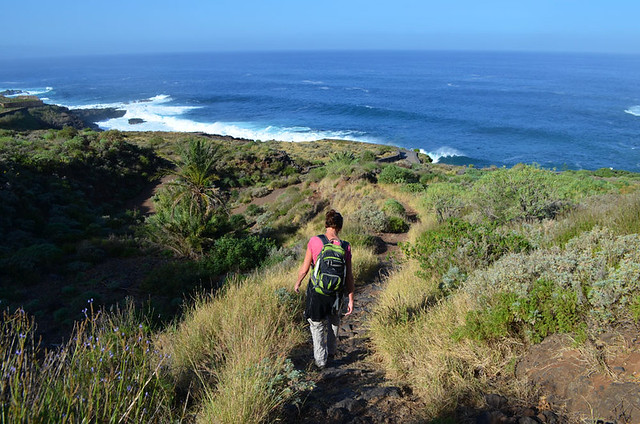 However, being able to read and understand the weather on the ground comes with years of experience. The others can be picked up relatively quickly.

Using the right weather forecasting tools
Some people hold a lot of truck by what webcams show. Unless a webcam is pointing inland it’s not a lot of use for walkers in the hills, only for anyone wanting to check what’s happening at the beach. 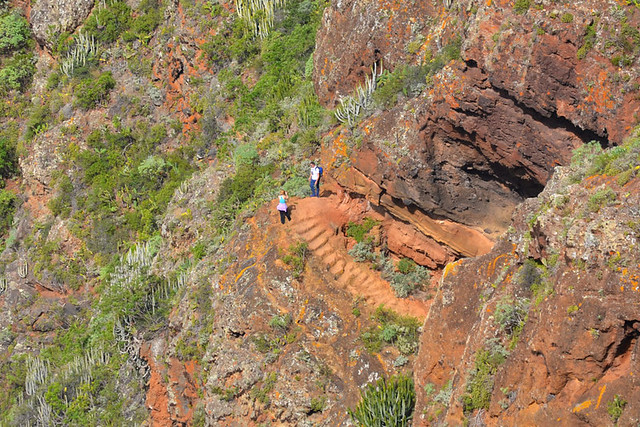 Wherever we travel, we use that country’s Met Office website to plan either where we’re going to walk, what clothes we need to wear and even if we’re going to walk at all. The last is seriously important as we don’t want to be heading into the hills if there’s a serious weather alert in place.

Sometimes we’ve no choice on the route we walk, but most of the time we do and can adjust to suit whatever the forecast tells us, picking the area which looks most promising based on the information at hand. 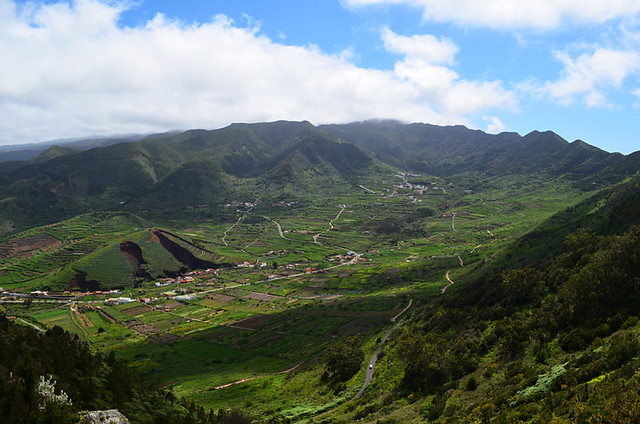 Choosing where to walk
Using the Spanish Met Office site AEMet, here’s an example how we decide where to choose to enjoy walking and good weather. This example is for walking in the north of Tenerife, but it can be applied anywhere.

The La Orotava Valley offers wonderful walking and on the day of writing this the forecast shows good walking temps (21C in the shade) and not much wind (10km in the morning, 5km in the afternoon). There will be sunshine and cloud, with more chance of sunny spells in the afternoon. But there’s also a 40% chance of rain between midday and 6pm. 40% shouldn’t be serious rain if it arrives at all; however, packing a waterproof jacket would be sensible. The site also shows the Orotava weather station is located at 370m above sea level. The higher up the valley, the cooler it will be in winter, and probably with a greater chance of rain. But it’s not at sea level so the reading is a better indication of true conditions. All these, and more, have to be taken into account to paint a picture of likely conditions. 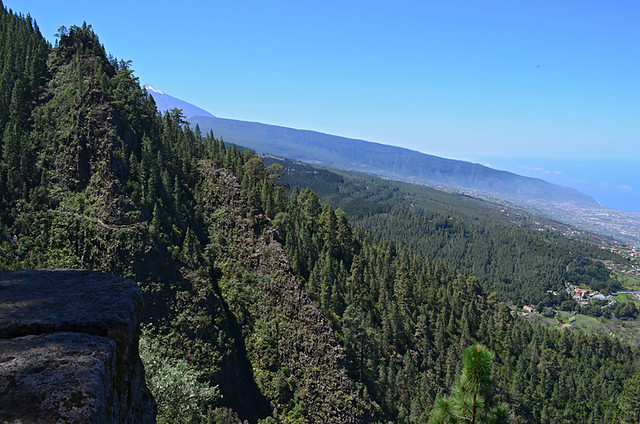 It’s okay weather for walking but…

On the other hand the forecast for Garachico shows it’s also 21C in the shade, and the breeze is the same. But it should be a sunnier afternoon and there is 0% chance of rain. The weather station there lies at 39m above sea level, so there could be a difference once you climb into the hills. But with these predictions it shouldn’t be significant.

It’s the better option for walking especially if you want to get some decent photos. 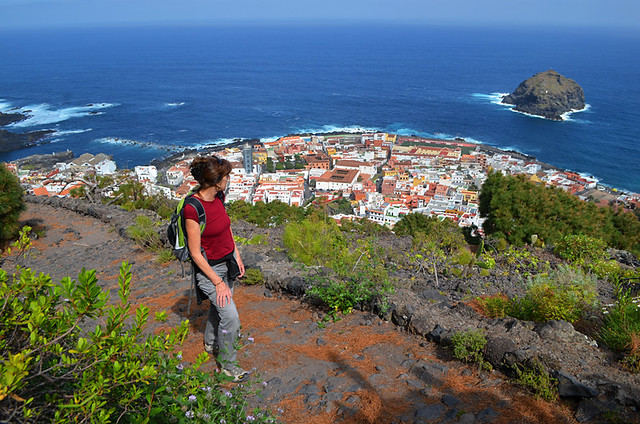 This is a snapshot of one of the ways we decide where to walk… and it rarely lets us down. I’ve got plenty of photos to prove it.

I can only remember one time in Tenerife where we were caught by complete surprise. It was above Santiago del Teide. The forecast showed full sun all day with zero possibility of rain. And it was like that for most of our walk. But as we walked above the south west coast we could see rain clouds rolling in over La Gomera, heading Tenerife’s way. We quickened our pace but didn’t quite make it back to our car before the clouds caught up and dumped a spectacular amount of water on our heads. 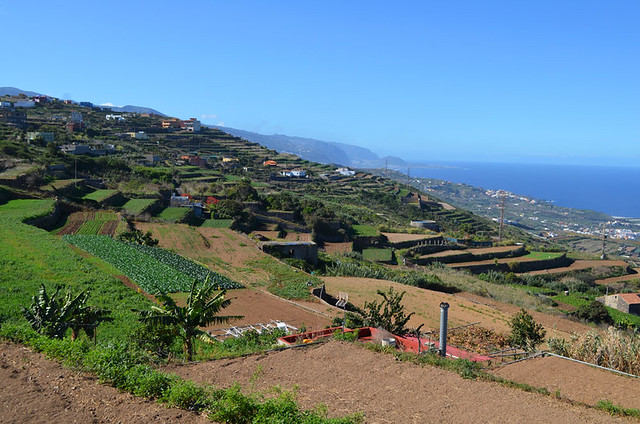 As it can often be on Tenerife, it was very localised. To both sides of us were unbroken blue skies. Drastic variations in weather over short geographical distances are common on an island with numerous micro-climates. Which is why when planning walking trips it’s pointless looking at forecasts which aren’t specific to the municipality you’re hoping to explore on foot.

If you have the flexibility to plan where to walk on any set day, being able to use the right tools can make all the difference between dull and disappointing trudging and walking on sunshine.