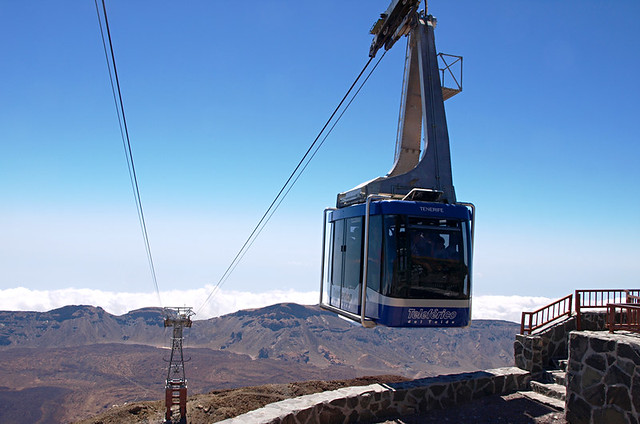 Following a breakdown on 15 March 2017, when 238 people had to be rescued from both cable cars and from the upper cable station, the Mount Teide cable car on Tenerife once again started started transporting visitors up and down the mountain’s slopes on 25 March after being out of operation for 10 days.

The cause of the breakdown had been an over enthusiastic safety brake which caused the system to close down, even though it was operating within safe perimeters. Technicians, including one from Fatzer, the Swiss company who manufactures cable cars, have given the whole system a check over and reconfigured it so the problem shouldn’t arise in the future.

The Quiet Side of Roques de Garcia on Tenerife

There are a couple of popular myths about visiting Teide National Park to worship at the feet of Spain’s highest mountain, the slumbering Mount Teide. […]