News that ‘improvements’ to the Masca Barranco walking route are taking (much, much) longer than anticipated and the path is unlikely to be open before summer 2020 means that the route is out of bounds for yet another Tenerife walking season. 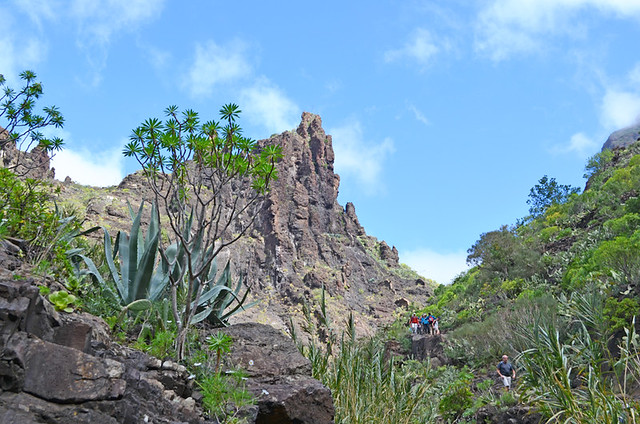 Since the ravine has been officially closed (Feb 2018) we’ve regular received queries asking whether there are other, similar ravines (barrancos) on Tenerife which can be walked. Take a close look at Google Maps satellite view of the island and you’ll soon spot Tenerife, like the other western Canary Islands, is scarred with ravines. It’s simply the nature of the terrain of islands which have risen from the sea. Ravines often were the easiest way to get from hilltop to the coast, so there are plenty which, like Masca, have walking routes through them. They won’t be exactly the same, but they all have their own personality.

Here are a handful as examples. 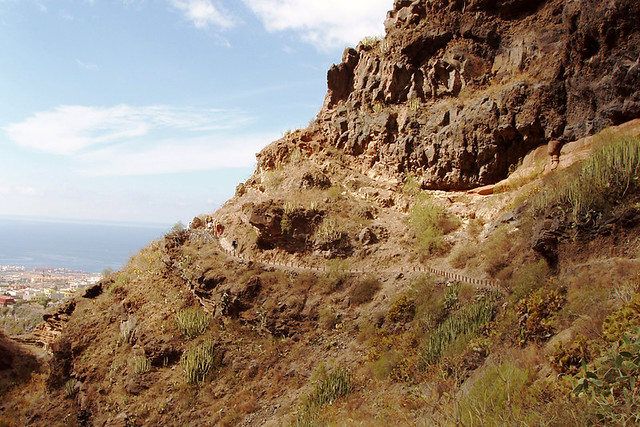 South Tenerife: Barranco del Infierno
Let’s start with the obvious replacement ravine, and the one which is within easy reach of the main southern resorts. The Barranco del Infierno on the edge of Adeje town is one of the most popular walking routes on Tenerife, but that’s mainly because of where it’s located. The route has been made as safe as possible, there’s an entrance fee to walk it and numbers are limited. Maybe an inkling of the shape of things to come in the Masca Barranco when it reopens. Some people appreciate the ‘safety’ measures, but we’re less keen as we like nature to be a bit more on the raw side. But it’s still an interesting contrast to the resorts on its doorstep and many people love the route. 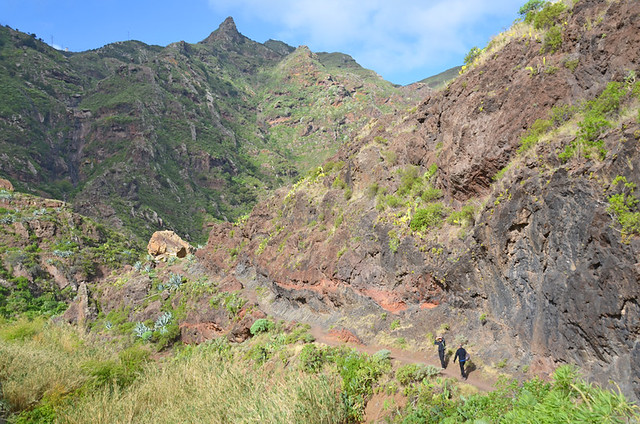 North east Tenerife: Afur Barranco
There are any number of ravines to be walked in the Anaga region, one of them being from the tiny hamlet of Afur, tucked into a ravine itself, through the Afur Barranco to the sea. From the coast, walkers can either retrace their steps back to Afur and its quaint little bar, or continue on a WOW of a circular route which returns them, eventually and after some effort, to their starting point. It’s one of our favourite routes. Like Masca, there are streams and ponds along the barranco, and frogs can at a rousing soundtrack during parts of the year. Unlike Masca there are no crowds, and neither is there a water taxi waiting to transport walkers back to civilisation. 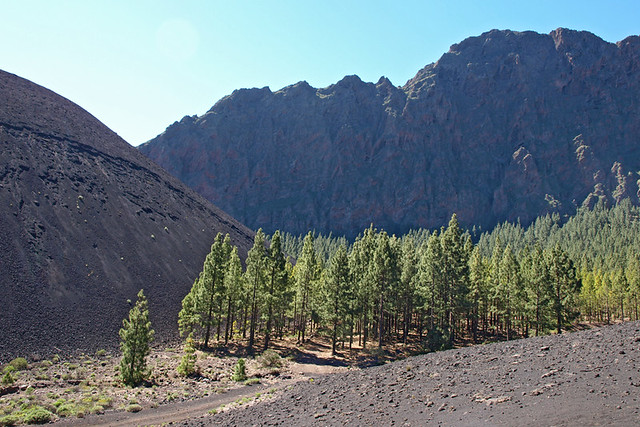 South east Tenerife: Barranco de las Saletas
The area around the Güímar Valley is a veritable maze of ravines; we’ve found ourselves reaching rocky dead ends, being halted by impenetrable thickets of brambles, and stumbling across curios like an abandoned mining encampment whilst researching routes there. It’s not an easy area for inexperienced walkers to tackle. One ravine route that is more open than most is from the island’s spine through the Barranco de las Setas to Arafo, passing through pine forest and alongside volcanic cones. It’s not easy to get to the start of the route, but then that’s the nature of many of the best walks on Tenerife. 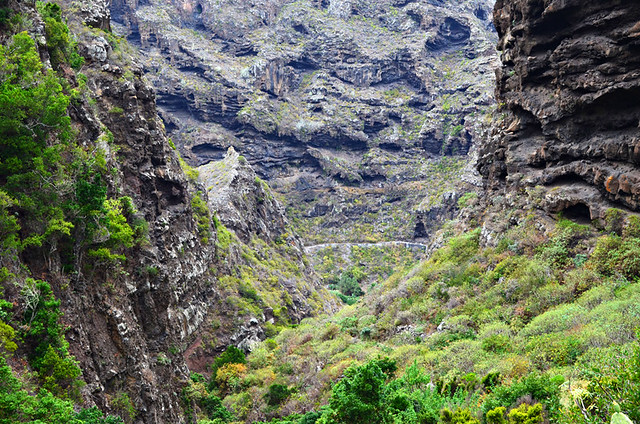 North west Tenerife: Barranco de Cuevas Negros
An old, and sometimes steep, camino real (trading path) connects the village of Erjos with Los Silos at the coast. It’s a route where you get good displays of wild flowers in spring. There are also abandoned hamlets and cottages strewn along the path, but the highlight is when you descend into the depths of the ravine where the rock face is pockmarked with the black caves which gave the barranco its name. We walk the ravine as part of a meaty circular route rather than tackle it both ways. 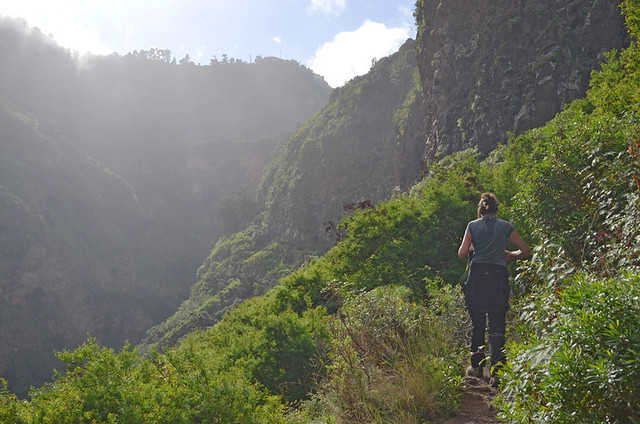 North Tenerife: Barranco de Ruiz
This ravine near San Juan de la Rambla has become increasingly popular with hikers staying in the north of Tenerife, deservedly so. It’s a lovely ravine walk where there’s no mistaking you’re in the subtropics. It can be busy during the main walking season, but that’s a relative term and we’re not talking anything like the numbers at Masca or the Barranco del Infierno. There’s a convenient zona recreativa (picnic zone) at the start of the route and after that it’s a steepish hike upwards through the ravine to reach the top of the cliffs where the landscape changes to one of small agricultural plots with potatoes, pumpkins, and vines.

The downside to most of these examples, and other ravine walking routes on Tenerife, is the infrastructure which feeds Masca and the Barranco del Infierno doesn’t exist. Some don’t even have signposting. You have to make your own way there and then negotiate the routes yourself. Actually, we consider this more of an upside, it means the routes aren’t as busy nor overly manicured – nature the way nature intended.