Each August tens of thousands of Canarios take to the trails to make their way to Tenerife’s east coast to honour the Virgen de Candelaria. But there’s more than one pilgrimage on the island.

Wanting to walk one of these when it’s not the actual pilgrimage can bemuse some locals though.

“The Hermano Pedro pilgrimage is in April,” the girl in the Vilaflor tourist kiosk repeated again.

“Yes, we know, but we’d like to walk it now. So if you could give us any information that would be fantastic.” I asked again.

“But the Hermano Pedro pilgrimage is in April…”

We were getting nowhere – definitely not to the start of the route.

We thanked the girl and set off to re-trace Hermano Pedro’s steps under our own steam. 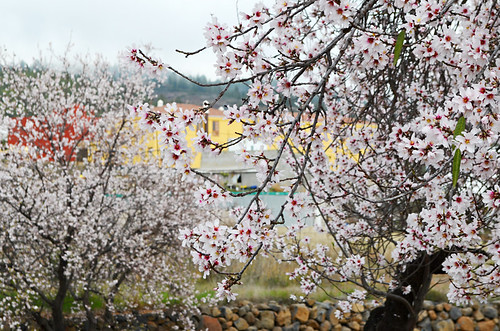 Hermano Pedro is the Canary Islands’ only saint; a humble goatherd who crossed the Atlantic and had an enormous impact on the life of the poor in Guatamala where he founded the Order of Bethlehemites. It’s an interesting story which you can read on our Real Tenerife website.

Nearly four hundred years ago, Hermano Pedro used to lead his goats from Vilaflor to the coast near El Médano where he lived part of the year in a cave. Now, every April, local pilgrims follow his route from mountains to sea level.

I guess we were showing signs of anarchy by wanting to do it in February.

The most difficult part was finding the start of the route. We knew it began in Vilaflor (no signpost) before entering a maze of potato terraces, all of which looked the same. We made an educated guess, based on the information we had, and set off through the colourful Vilaflor streets in search of Hermano Pedro’s path. 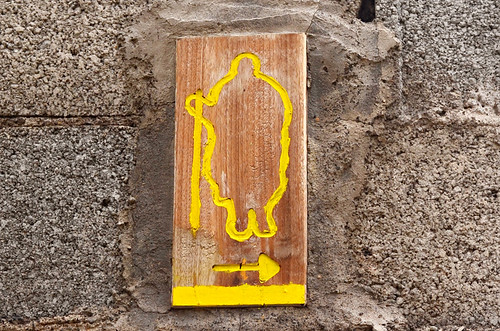 Our route took us through small almond groves where the last pink petals clung to branches; their fallen compadres creaing a delicate carpet on the ground. As we reached the edge of the town help unexpectedly appeared from two sources. The first was a carving of a Canarian shepherd on the side of a potato terrace – Hermano Pedro.

The second was a trio of small dogs who obviously felt it was time for an adventure; not the first time we’ve been joined by pooches whilst walking. Between them they made our progress easier. At times Hermano Pedro appeared on trees or on bollards on the road that zigzagged its way down to the hill towns above the coast. When Pedro went missing, the dogs raced ahead, disappearing through gaps that weren’t always easy to spot. They were clearly veterans of the route and proved priceless in pointing out the way ahead at a couple of awkward spots. 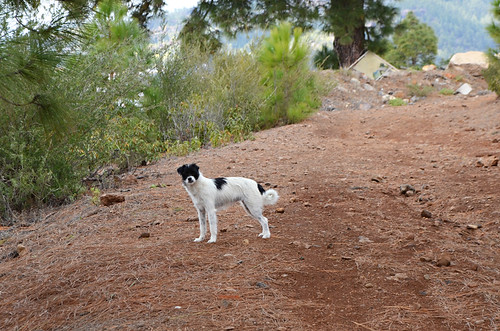 Their trustworthiness was blown though when they led us along a dusty trail to arrive at a clearing where they rolled on to their backs and writhed in pleasure in the red earth. This was their objective… and they had led us away from the true path.

From that point we put our faith in Pedro alone as the path switched between forest trail and rocky camino real as it crossed and crossed again the road linking Vilaflor with Granadilla de Abona.
Quite a distance outside of Granadilla de Abona, the track became a tarmac country lane linking farms before we eventually descended into the old town on steep streets, passing a small plaza and tiny, pastel cottages. 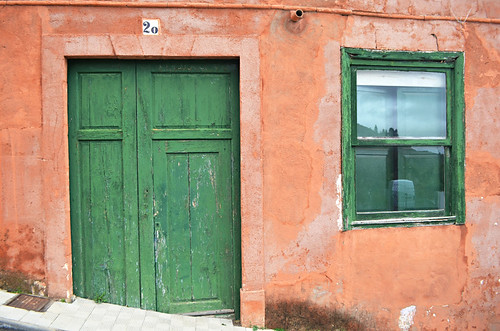 Although the pilgrimage ends at Hermano Pedro’s cave near the coast our journey ended on a bench beside the Iglesia San Antonio de Padua, one of the best looking churches on Tenerife, in Granadilla de Abona. 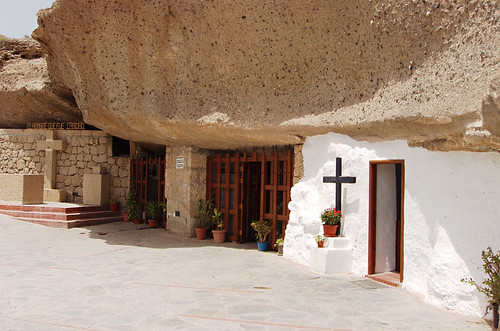 In truth, it wasn’t a great Tenerife walking route, too much of it was on tarmac and there were too many road crossings involved. But it was interesting to follow in the footsteps of Tenerife’s saintly goatherd.

Factfile: The official Ruta de Hermano Pedro pilgrimage takes place on 18 April 2015 with pilgrims setting off from Vilaflor between 7 and 7.30am.

Weather Forecast for Tenerife from 28th October to 3rd November

In many ways a typical start to November on Tenerife with plenty of sunshine and warm temperatures but also the chance of rain. […]

Opened in March 2010, the beautiful Rural Hotel Señorio Del Valle in Santiago del Teide is the ideal place to base yourself for one or two nights to explore the valley’s excellent walking trails. […]