We’ve walked across nine Canary Islands (there’s a puzzle for anyone who spotted what might seem like an error) and all have something quite different to offer walkers. This diversity is why we consider the Canaries one of the best walking areas in Europe. Where else can you find such variety of landscapes within a relatively small geographical area? Honestly, if anyone can answer that, please let us know; we’re always on the lookout for new places to walk. 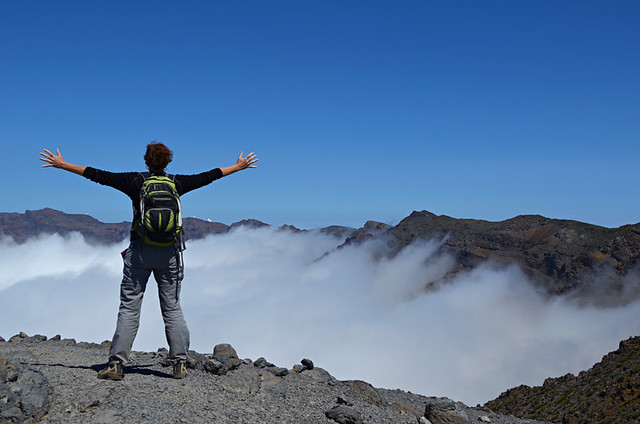 Although we enjoy hoofing it around all the islands, each has strong points and not so strong points. Tenerife is big with a sizeable local population so parts can seem more overdeveloped than smaller islands like La Gomera and La Palma, or the arid eastern pair of Fuerteventura and Lanzarote. It’s a factor which means in the past it was overlooked as a serious walking destination.

But where Tenerife is more appealing as a walking destination compared to other islands is in the sheer diversity of landscapes you can encounter on trails across the island. Gran Canaria and the other western Canary Islands also offer a variety of terrains, but Tenerife is king where constantly changing views are concerned. 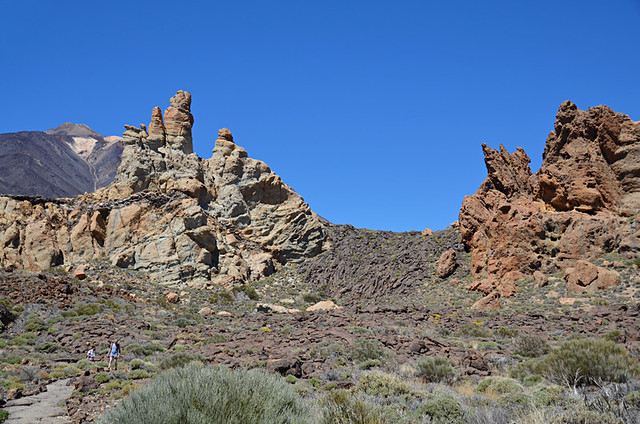 First up just has to be nature’s version of a walkers’ surreal theme park – Teide National Park. One of the things we particularly like about walking in the park is that in some places volcanic landscapes can become quite samey after a period, but that’s not the case with the manic world at Mount Teide’s feet. Each trail throws up different scenery and landscapes consisting of weirdly wonderful twisted rock formations. It’s epic.

The heady smell of pines 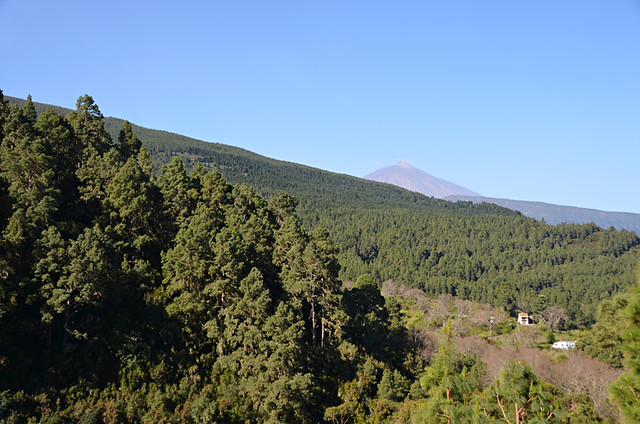 A significant amount of Tenerife is covered by forest, a fact which might surprise some. Trees grow between 800 and 2000m and pine forest walking can be easily accessed from most points of the island. For us, the upper Orotava Valley where the forest is dense and the aroma of pine is intoxicating is best .

A hike in the desert 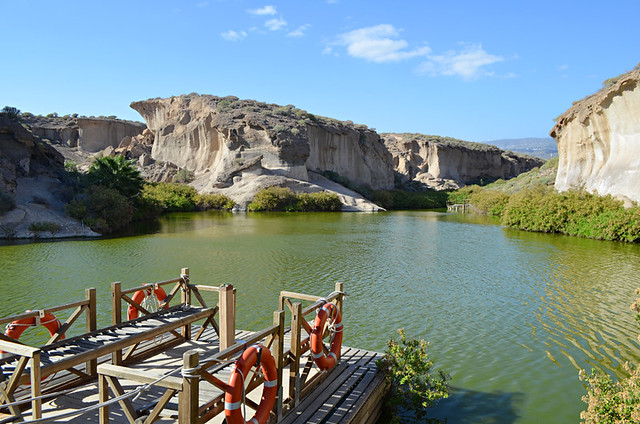 The lower southern slopes don’t initially present the Tenerife’s most attractive scenic face. Delve below the surface and there’s a quite a few interesting things going on and some unusual and appealing landscapes. The south east stretch of coast has some secrets worth pulling the boots on for. 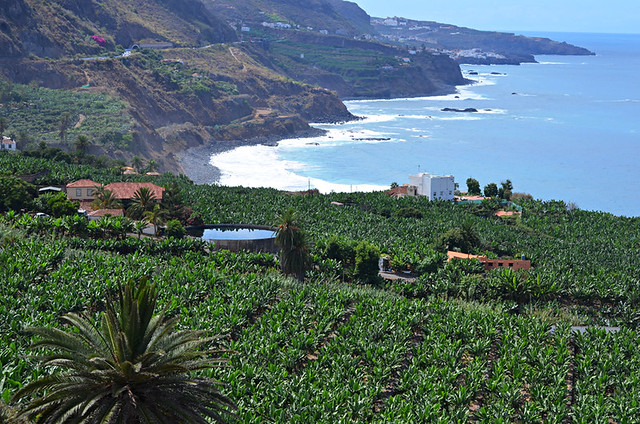 Whilst they might have chopped down far too many trees, the impact of post conquest settlers isn’t all negative. Grand haciendas surrounded by banana plantations along sections of Tenerife’s north coast are particularly easy on the eye. In some spots you feel as though you’re actually on an island on the other side of the Atlantic. 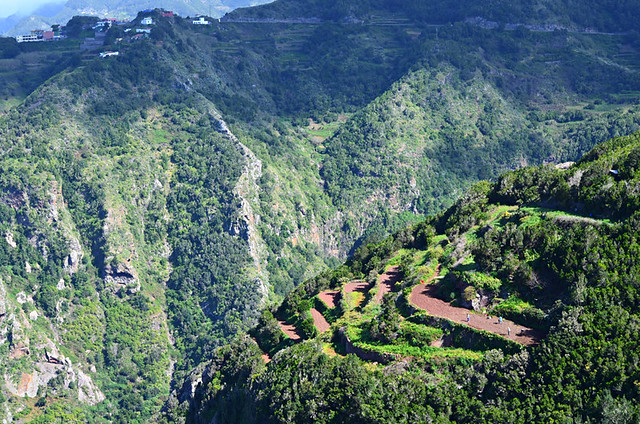 Up to 20,000 years ago laurel forests were ten a penny across northern Africa and southern Europe. Now most have long since vanished. But not in Macaronesia (Azores, Madeira, Canary Islands). There are a few places on Tenerife where you can wander through these ancient forests, often with bruma swirling around the trees to ramp up the atmospheric levels. Anaga is our favourite. 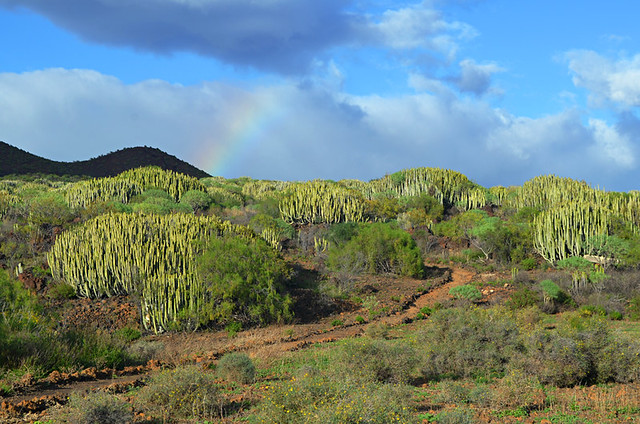 By their very nature, malpaís (bad country – badlands) aren’t the prettiest places to walk, but there’s something attractively different and fascinating about them, especially in areas like Güímar where the badlands are full of odd little curios – salt pans, a shanty village, volcanic tubes, etc. 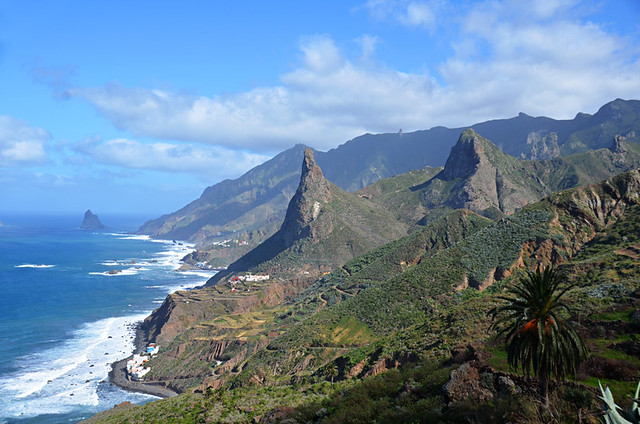 The volcanic scenery around Mount Teide might be more unique but the first sight of the island’s rugged ravines in Anaga wowed me more. They still do. Although deep barrancos slice deep into the land all around Tenerife, Anaga’s are the most beautiful in my view.

How green is my valley 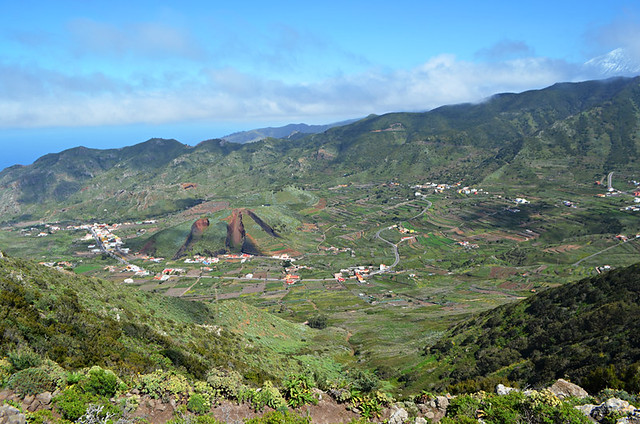 Although the terrain falls from mountains to coast so steeply a descent from Teide to coast results in water bottles twisting into agonising shapes, there are some pretty plateaus to be found in Tenerife’s hinterland. There are flat valleys like Aguere, Santiago del Teide, and off the beaten track agricultural areas above the north coast. The valley with the most powerful visual impact is El Palmar with its ‘pie’ in the west of the island.

In the travel writing world saying somewhere is ‘an island of contrasts’ is considered a cliché to be avoided. The thing is, as is the case with Tenerife, sometimes clichés also happen to be 100% accurate.

Our Real Tenerife Island Walks routes and Walk this Way guidebook include detailed directions for the routes in most of the areas mentioned above.