In 2003 we left the bright lights of Manchester and moved to Tenerife, an island which we hadn’t even set foot on until 12 months earlier. Being outrageous travel snobs, the idea of a holiday in the plastic, Brits-abroad theme park known as Tenerife was about as appealing to us as a wet Bank Holiday weekend in Coventry. But like so many people who have never been to Tenerife, and amazingly so many millions who holiday here year on year, we knew absolutely nothing about the real island – the one that lay beyond the souvenir shops and hotels on the south coast.

Swimming against the tide of most British ex-pats, we chose to live in the subtropical north of the island, alongside banana plantations at the foot of the La Orotava Valley on the edge of Puerto de la Cruz. Once settled, we set about exploring our adopted home and were amazed to uncover its uniqueness as a walking destination. 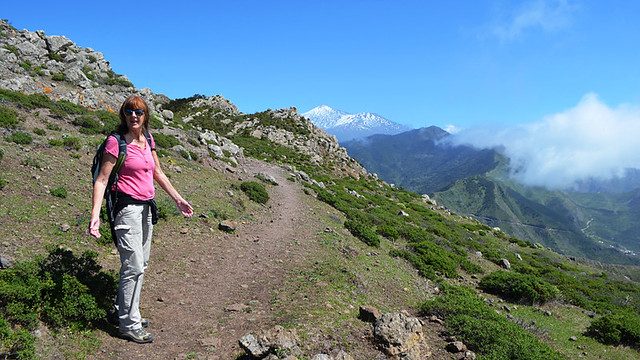 What we discovered is an island of incredibly varied landscapes which are criss-crossed by ancient paths dating back to the island’s first inhabitants. Unlike the smaller Canary Island of La Gomera, Tenerife is still not generally known as a walking destination and yet the presence of the planet’s third largest volcano set within a 17km wide crater of surreal landscape lifts its diversity of walking far beyond that of its neighbour.

There are rain forests which have survived the Ice Age and which edge deep ravines where communities still live in caves; tiny hamlets whose inhabitants tend precipitous terraces by hand, and beautiful coastal paths which weave through palm groves. And because it’s not yet as well known a walking destination as it deserves to be, you can walk through mountains and valleys for hours and never meet another soul.
From coast to coast and sea level to the summit of Mount Teide, we have walked Tenerife and have built this website to share our experiences with you. 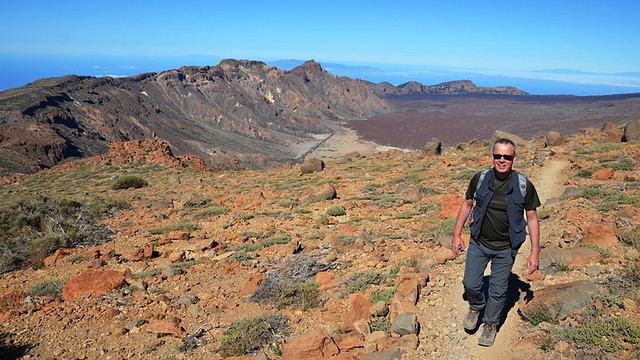 We want you not only to read our accounts, but to discover the joys of walking on Tenerife for yourself, which is why we wrote a series of step by step (literally!) guides to our favourite walks. They proved so popular, and we were asked so many times if they were available in paperback, that we published Walk This Way Tenerife (available in Kindle too) with everything you need to know about self-guided walking on Tenerife and including four, fabulous bonus routes not available in PDF format.
We’re certain it won’t be long before the secret’s out of the bag that Tenerife is one of Europe’s best walking destinations. So come and enjoy it while you’ve still got it to yourself, ahem – and us of course 🙂

Passionate about promoting the Tenerife that exists beyond the holiday brochures, Jack and Andy are full time travel writers and photographers for magazines, newspapers, travel websites and, as well as their walking guide, have authored two guide books to Tenerife:
Real Tenerife Island Drives is a combined trail finder and guide book. Written for anyone who intends to hire a car on Tenerife, it details a series of amazing drives around the island that take you away from the tourist resorts and into the real Tenerife.
The Real Tenerife: The Insiders’ Guide is a comprehensive native’s eye view of the fascinating island of Tenerife; its people, places, language, fiestas, food and culture.